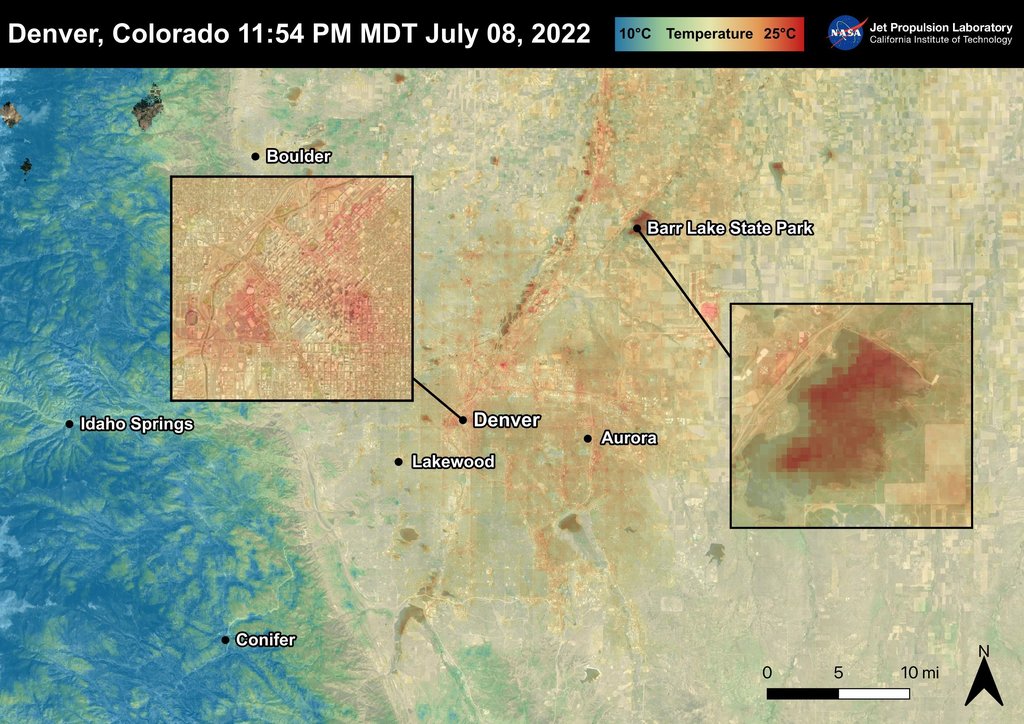 Denver, Colorado reached 96 degrees Fahrenheit on July 8th, 2022. In the two days following, temperatures rose to 101 degrees Fahrenheit. For cities like Denver, heat dissipates more slowly and create urban heat islands. High temperatures due to urban heat, especially at night, can lead to adverse health effects in vulnerable populations like children and the elderly. This image also shows that bodies of water, like Barr Lake, remain warm into the night due to water's high heat capacity. ECOSTRESS captured this Land Surface Temperature image on July 8th, 2022 at 11:54 PM MDT.