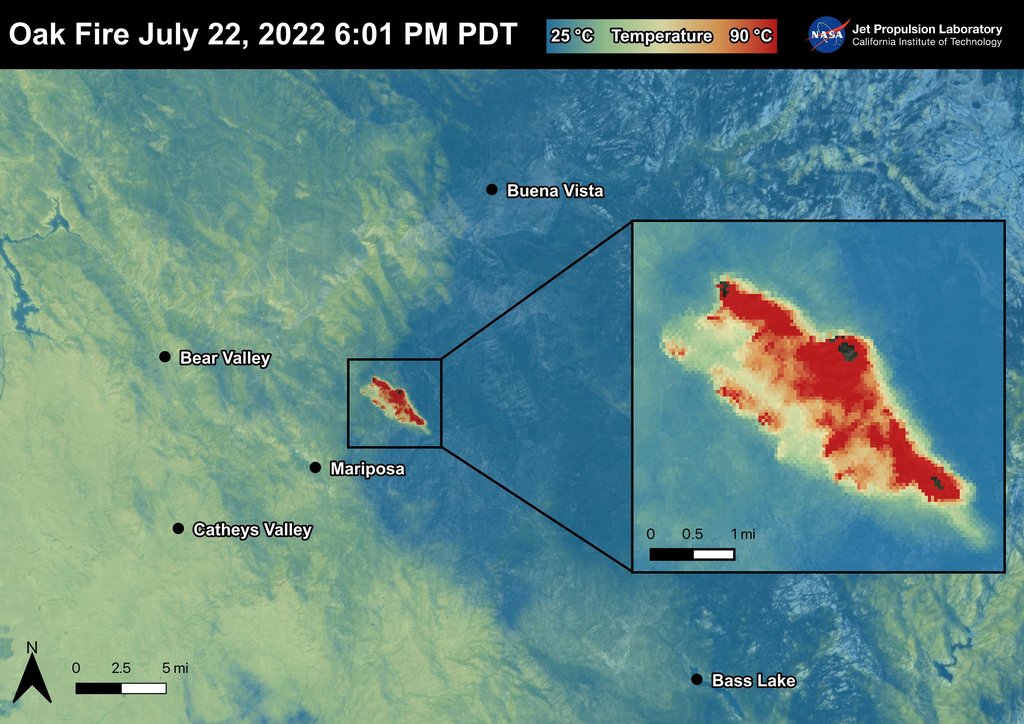 The Oak Fire started on July 22nd, 2022 at 2:10 PM PDT near Carstens Road and Highway 140 in Mariposa County, west of Yosemite. The fire has burned over 19,000 acres. In the first few days of the Oak Fire, over 1,400 structures were threatened, 3 were damaged, and 41 destroyed. Evacuation orders and road closures were issued throughout the region. The Oak Fire was captured in an ECOSTRESS Land Surface Temperature image on July 22nd with temperatures exceeding 90 degrees Celsius.