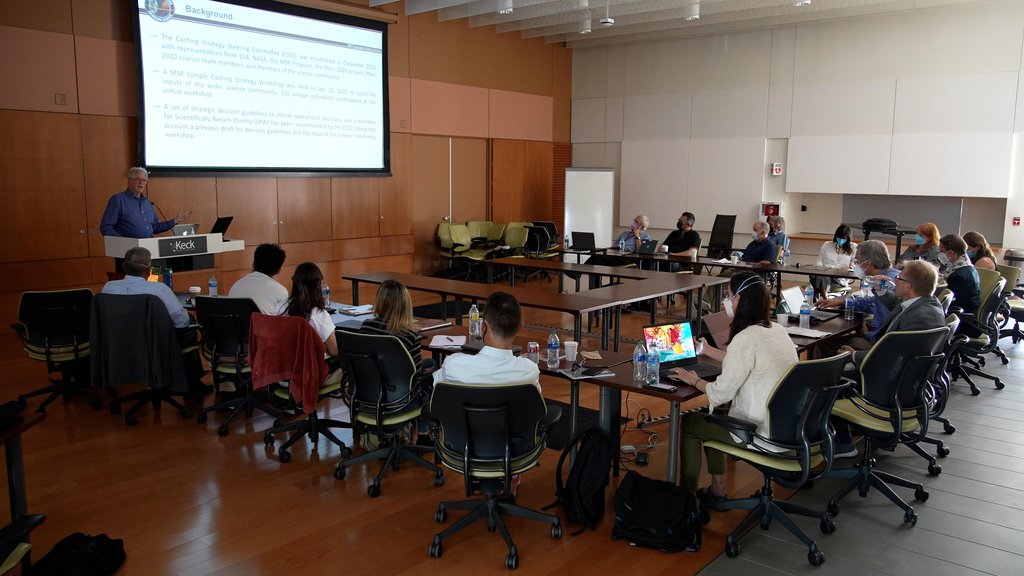 The Mars Sample Return Campaign Science Group gathered for their first meeting, at the Keck Institute for Space Studies at Caltech, and took a group photo. This June 28 photo includes team members who attended in person; several others attended virtually or were not able to participate. The committee will provide oversight with the goal of maximizing the scientific potential of Mars rock and sediment samples that would be returned to Earth for in-depth analysis, as part of the Campaign.