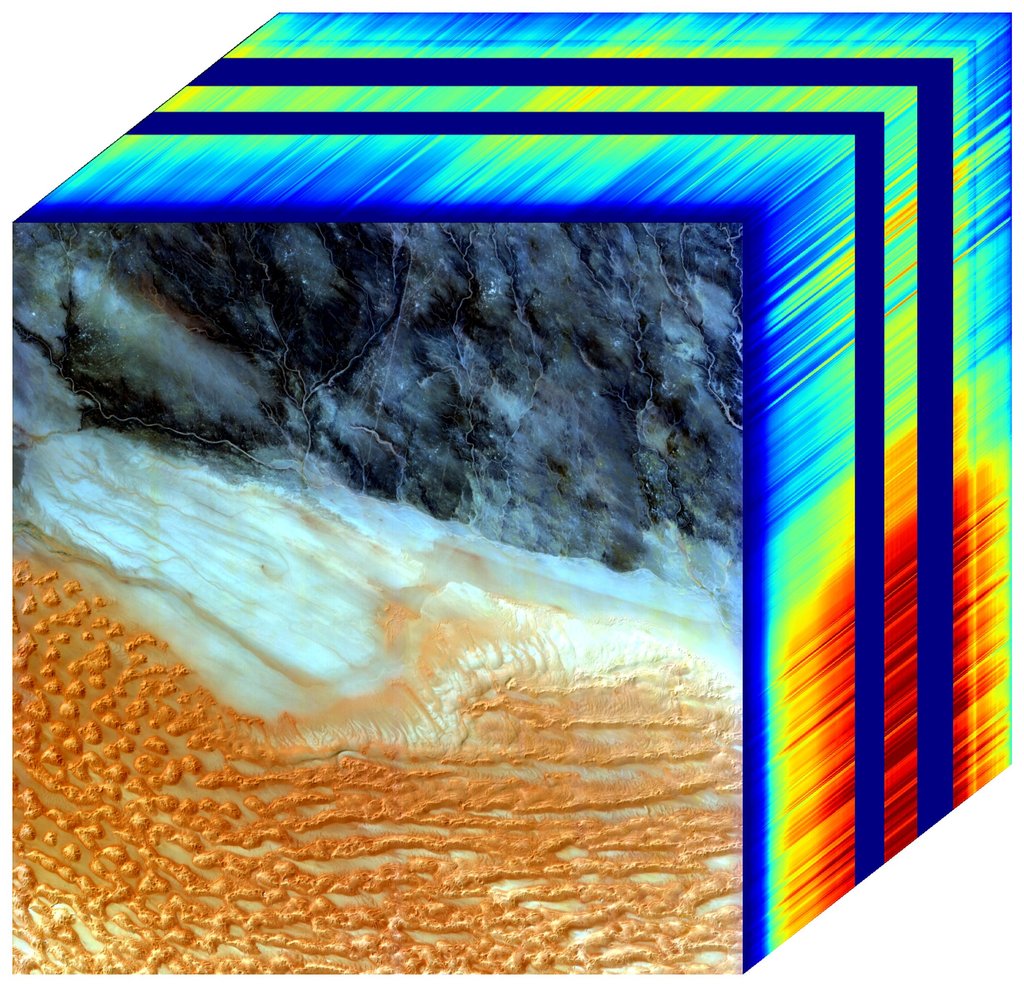 The front panel of this image cube features the true-color view of an area in southwest Libya observed by NASA's Earth Surface Mineral Dust Source Investigation (EMIT) imaging spectrometer, which orbits the planet aboard the International Space Station. The side panels depict the spectral fingerprint for every point in the image, which shows an area about 500 miles (800 kilometers) south of Tripoli.

The instrument works by measuring reflected solar energy from Earth across hundreds of wavelengths, from the visible to the infrared range of the spectrum. The intensity of the reflected light varies by wavelength based on the material. Scientists use these patterns, called spectral fingerprints, to identify surface minerals and pinpoint their locations on a map.

The cube is among the first created by scientists with EMIT data. Analysis of the patterns indicated that the surface contains kaolinite, a light-colored clay mineral, and goethite and hematite, two varieties of iron oxide, which is darker.

When dust from the kaolinite-dominated areas is lofted into the atmosphere, the particles tend to scatter sunlight and reflect it back to space, cooling the air. The opposite effect occurs with airborne particles of iron oxide, which tend to absorb heat and warm the surrounding air.

EMIT was developed at NASA's Jet Propulsion Laboratory, which is managed for the agency by Caltech in Pasadena, California. It launched to the space station in July 2022.