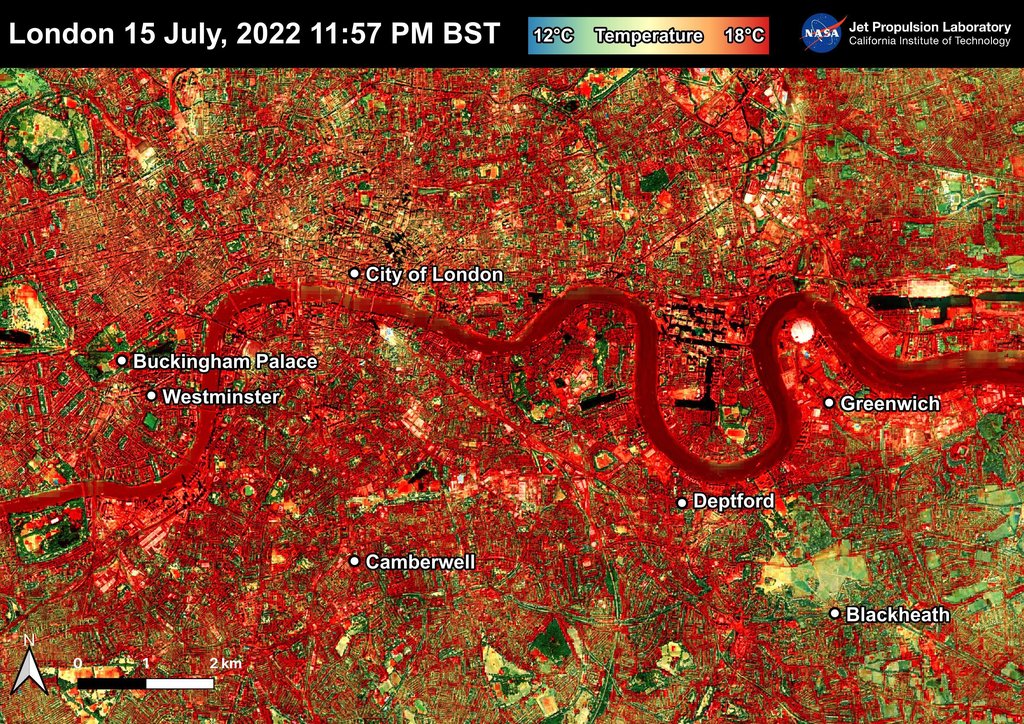 In this image, the red areas indicate hotter temperatures commonly associated with developed areas. These surfaces – roofs, paved streets, and other built structures – remain warm long after the sun sets. Blue and green areas indicate cooler areas commonly associated with parks and other natural land surfaces. Because this image was acquired at night, it shows bodies of water being warmer than the land surface. This is because water tends to change temperature more slowly, so its temperature stays elevated long after land surfaces have cooled down.

Cities are usually warmer than open land with natural surfaces because of human activities as well as the materials used in building and construction. Streets are often the hottest part of the built environment due to asphalt paving. Dark-colored surfaces absorb more heat from the Sun than lighter-colored ones; asphalt absorbs up to 95&percnt of solar radiation and retains the heat for hours into nighttime. This image overlays ECOSTRESS surface temperature data on a Google satellite map for context.