NASA's ECOSTRESS Shows Heat in Dallas and Fort Worth 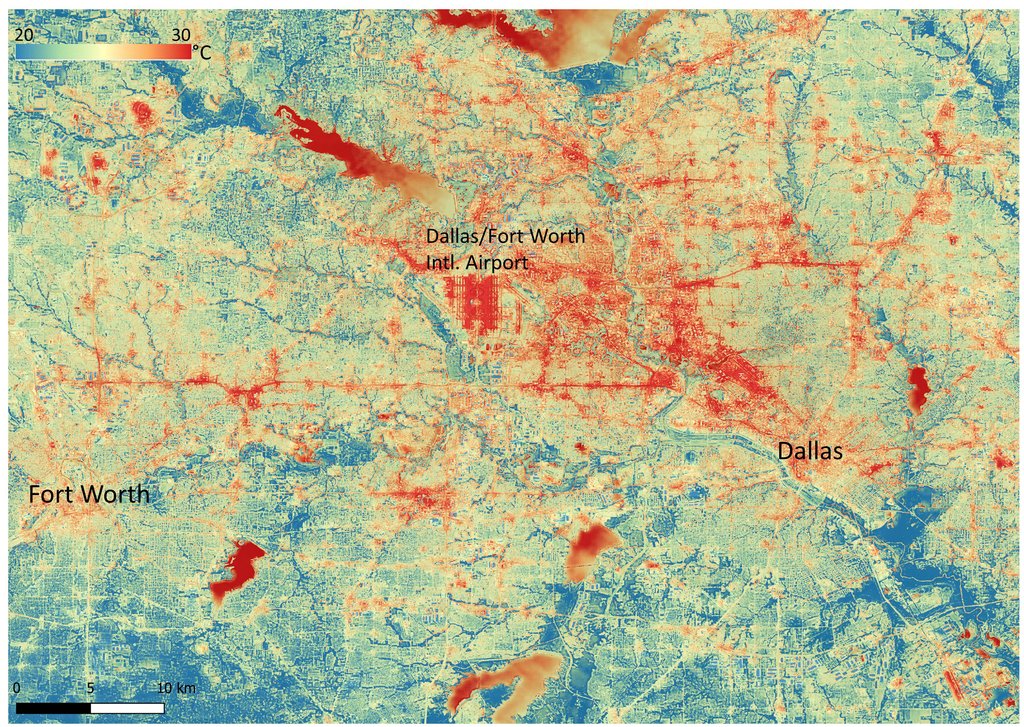 Even early in the day, manmade urban surfaces near city centers and transportation networks – streets, roads, and highways shown in red and orange – are warmer than the outskirts by up to 18 degrees Fahrenheit (10 degrees Celsius). The paved surfaces at Dallas/Fort Worth International Airport, shown in red near the top-center of the image, had the warmest temperatures, exceeding 86 F (30 C).

Natural land surfaces such as vegetation and streams in rural areas, shown in green and blue, are cooler than nearby large bodies of water, shown in red and yellow, that tend to retain more heat overnight due to their higher heat capacity.

Cities are usually warmer than open land because of human activities and the materials used in building and construction. Streets are often the hottest part of the built environment due to asphalt paving. Dark-colored surfaces absorb more heat from the Sun than lighter-colored ones; asphalt absorbs up to 95&percnt of solar radiation and retains the heat for hours into the nighttime.