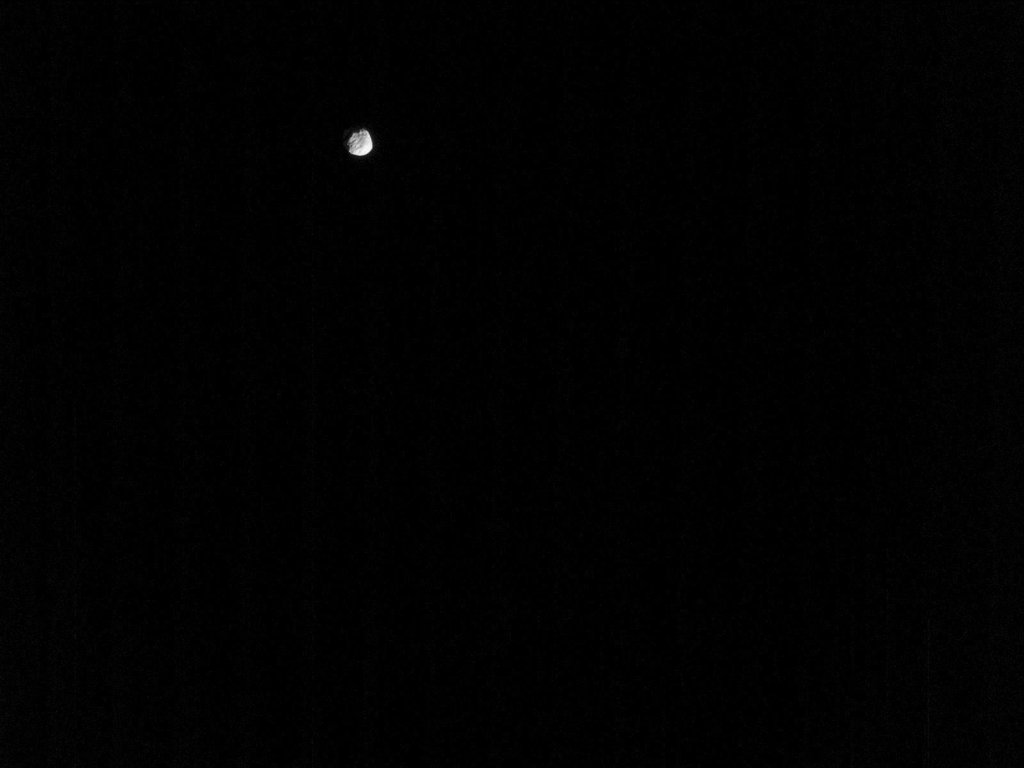 NASA's Perseverance Mars rover used its Mastcam-Z camera to view Phobos, one of Mars' two moons, on Jan. 12, 2022, the 319th Martian day, or sol, of the mission. The Perseverance team took this image to measure the amount of dust in the planet's nighttime atmosphere, which can be compared to similar measurements made by imaging the Sun during the day.

Arizona State University leads the operations of the Mastcam-Z instrument, working in collaboration with Malin Space Science Systems in San Diego, on the design, fabrication, testing, and operation of the cameras, and in collaboration with the Neils Bohr Institute of the University of Copenhagen on the design, fabrication, and testing of the calibration targets.