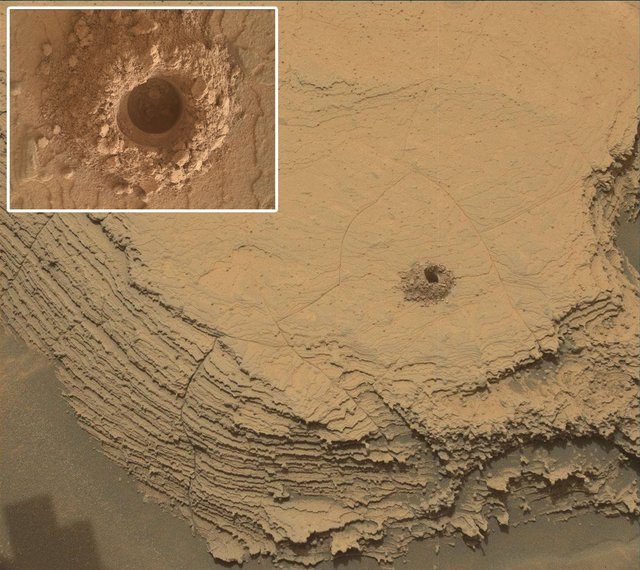 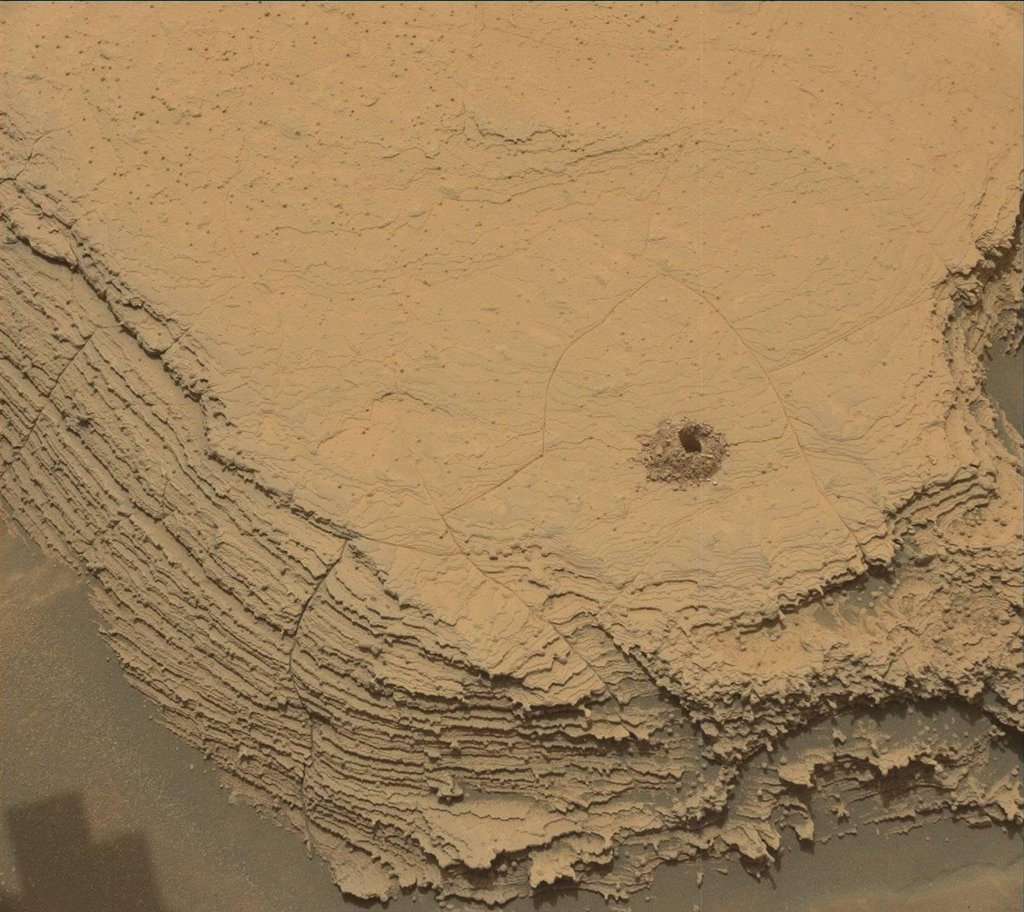 NASA's Curiosity Mars rover used its Mast Camera, or Mastcam, to capture this image of its 36th successful drill hole on Mount Sharp, at a rock called "Canaima." The pulverized sample of this rock was drilled on Oct. 3, 2022, the 3,612th Martian day, or sol, of the mission.

Figure A shows the same image with an inset of the drill hole, as viewed by the Mars Hand Lens Imager camera (MAHLI) on the end of Curiosity's robotic arm, on Oct. 16, 2022, the 3,624th sol of the mission.

Curiosity was built by NASA's Jet Propulsion Laboratory, which is managed by Caltech in Pasadena, California. JPL leads the mission on behalf of NASA's Science Mission Directorate in Washington. Malin Space Science Systems in San Diego built and operates Mastcam.