InSight Detects an Impact for the First Time 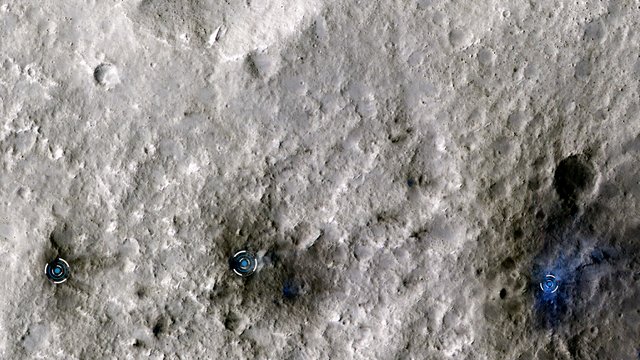 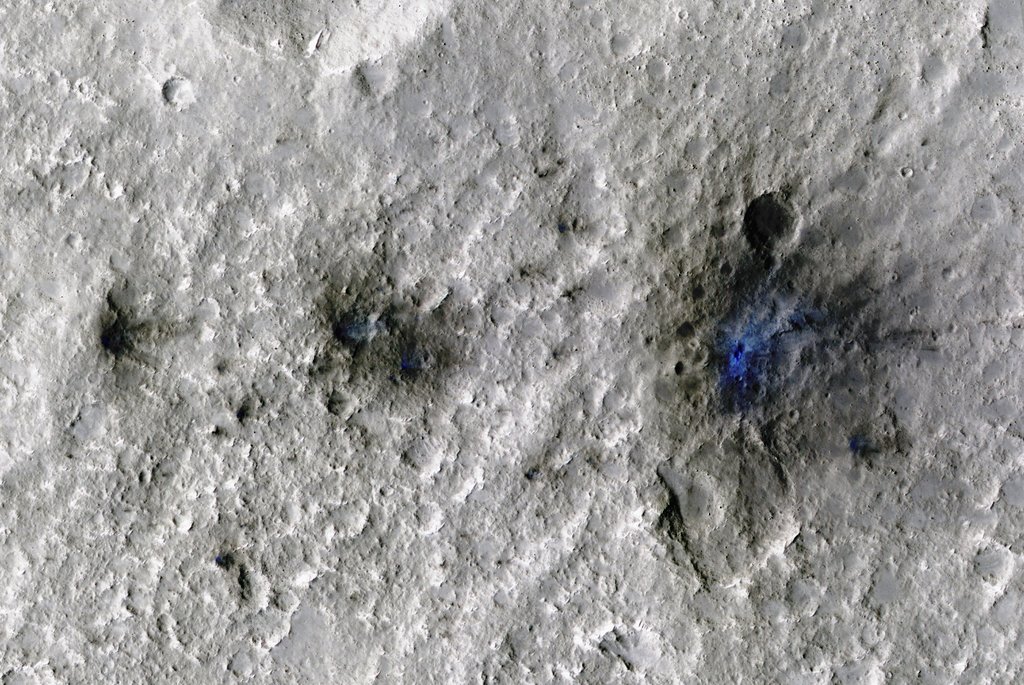 The craters seen here in blue were formed by a meteoroid impact on Mars on Sept. 5, 2021. The impact was the first to be detected by NASA's InSight mission; the image was taken later by NASA's Mars Reconnaissance Orbiter using its High Resolution Imaging Science Experiment (HiRISE) camera.

The initial impact itself created a small marsquake that was detected by InSight's seismometer. The instrument recorded seismological data that showed the moment the meteoroid entered Mars' atmosphere, its explosion into pieces in the atmosphere, and finally, the impact that created a series of at least three craters in the surface.

MRO then flew over the approximate site where the impact was "felt" to look for darkened patches of ground using its Context Camera. After finding this location, HiRISE captured the scene in color. The ground is not actually blue; this enhanced-color image highlights certain hues in the scene to make details more visible to the human eye – in this case, dust and soil disturbed by the impact.

Figure A is an annotated version of the image with three of the craters identified. Smaller craters that are not visible in HiRISE's images were probably created as well.

NASA's Jet Propulsion Laboratory in Southern California manages both InSight and MRO for the agency's Science Mission Directorate in Washington. The University of Arizona, in Tucson, operates HiRISE, which was built by Ball Aerospace & Technologies Corp., in Boulder, Colorado. The Context Camera was built by, and is operated by, Malin Space Science Systems in San Diego.