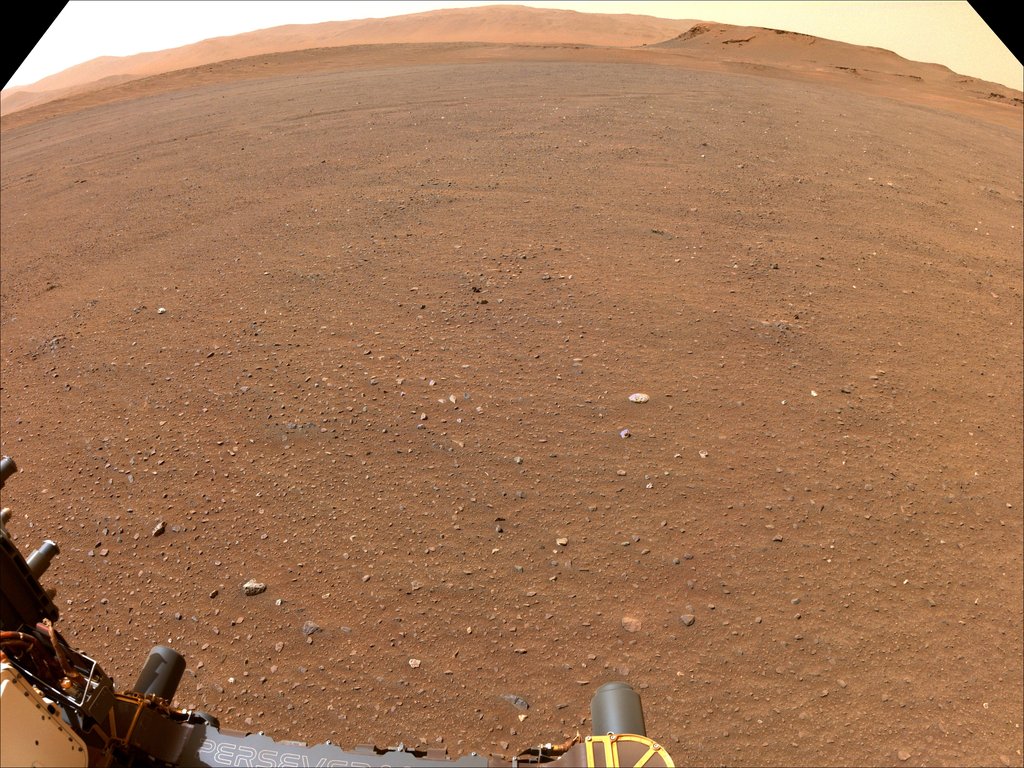 NASA's Perseverance Mars rover used one of its navigation cameras to take this image of flat terrain in Jezero Crater. This is one possible site that NASA may consider for a Mars Sample Return lander that would collect Perseverance's samples of Mars rock and sediment in the future. The lander would serve as the launch platform for a Mars Ascent Vehicle that would blast off from Mars, delivering the samples to an orbiter as part of their journey to Earth for intensive study.

Choosing an area that lacks large rocks (especially those over 7 1/2 inches, or 19 centimeters, in diameter), sand dunes, and steeply angled terrain would go a long way toward easing the path for an MSR recovery vehicle to efficiently grab tubes before heading to the lander.