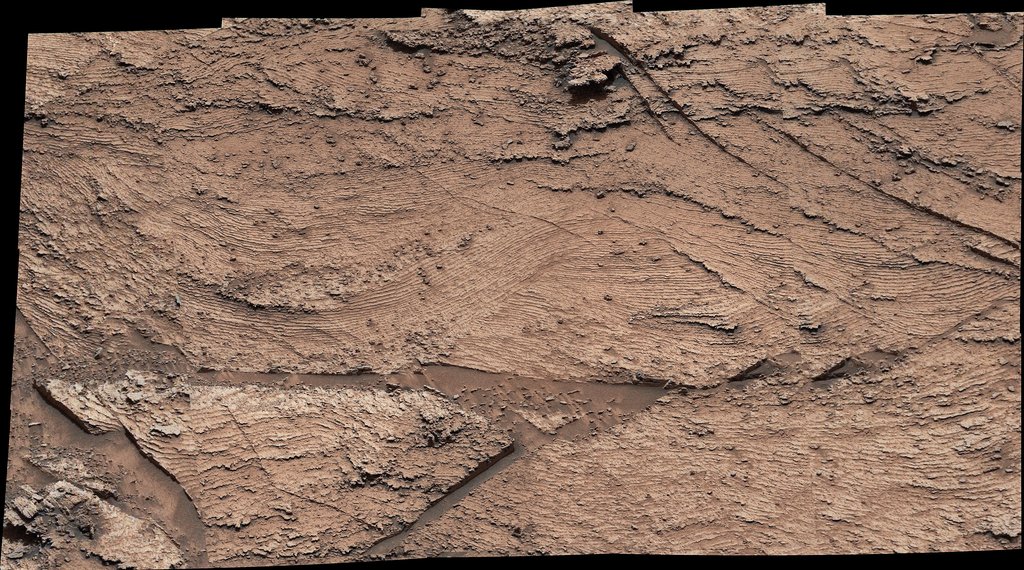 NASA's Curiosity Mars rover captured evidence of rock layers that built up as windblown sand accumulated in some areas and was scoured away in others in the ancient past. This panorama, made up of nine individual images that were later stitched together, was captured at a location nicknamed "Las Claritas" using Curiosity's Mast Camera, or Mastcam, on May 19, 2022, the 3,478th Martian day, or sol, of the mission.