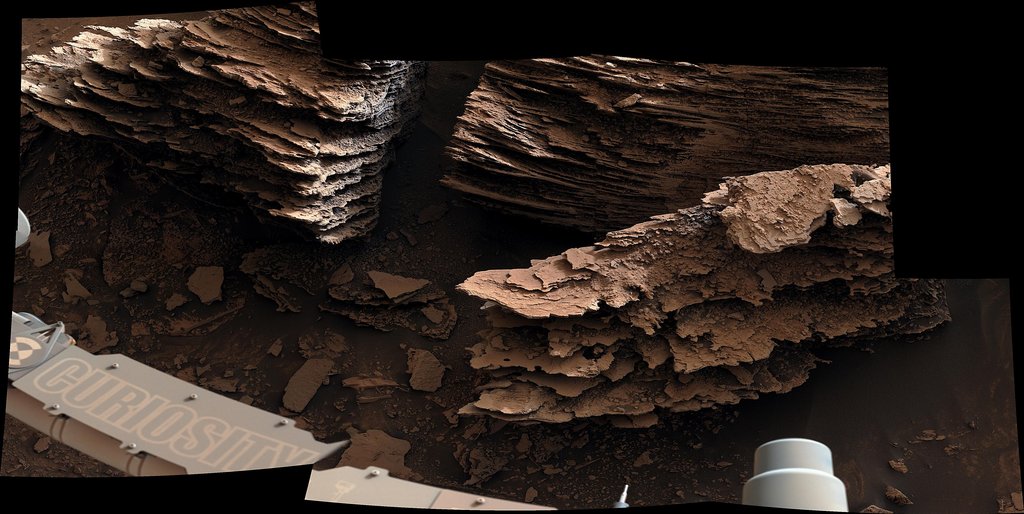 NASA's Curiosity Mars rover captured this view of layered, flaky rocks believed to have formed in an ancient streambed or small pond. The six images that make up this mosaic were captured using Curiosity's Mast Camera, or Mastcam, on June 2, 2022, the 3,492nd Martian day, or sol, of the mission.