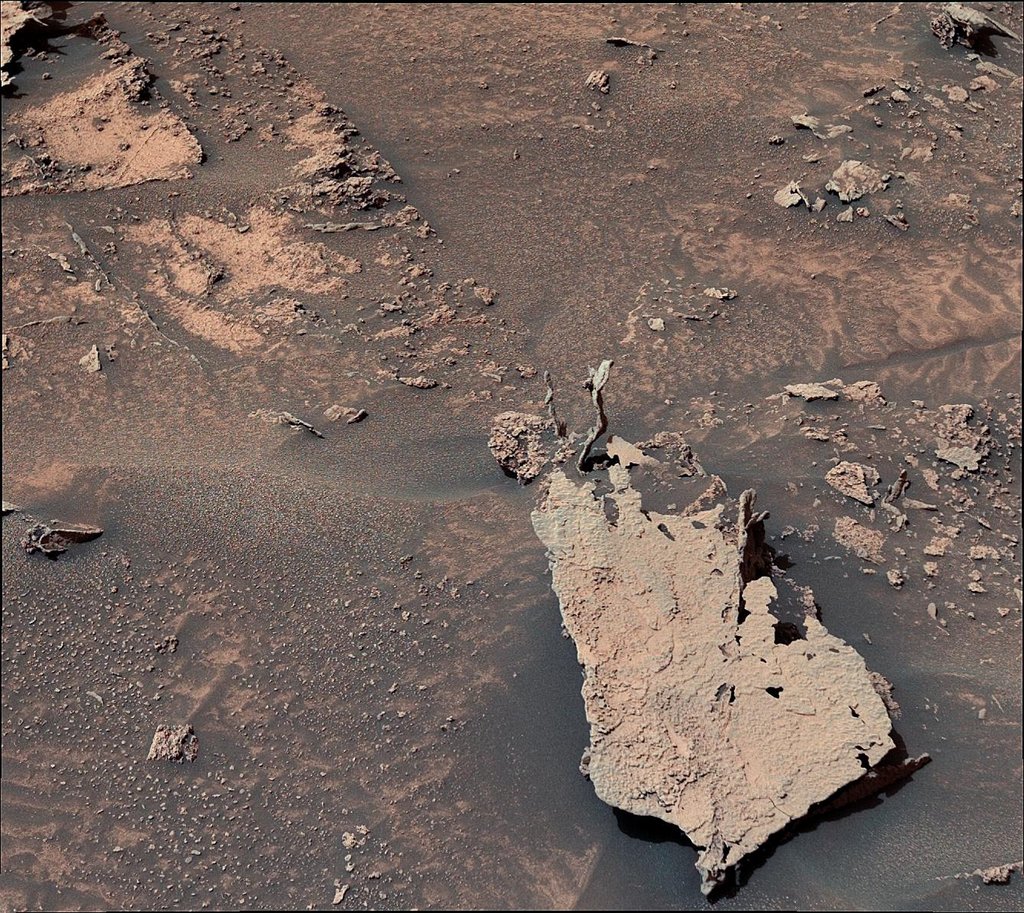 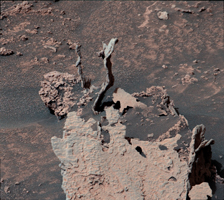 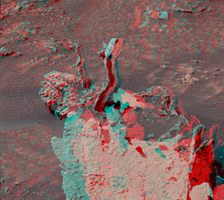 NASA's Curiosity Mars rover spotted these finger-like rocks with its Mast Camera, or Mastcam, on May 15, 2022, the 3,474th Martian day, or sol, of the mission. These likely formed as groundwater trickled through rock in the ancient past, depositing mineral cements over time; many years later, when the rock was exposed to the atmosphere, wind eroded the softer material around the cemented portions. The rocks were found on Mount Sharp, the 3-mile-tall (5-kilometer-tall) mountain that Curiosity has been climbing since 2014.

Figure A shows a close-up of the finger-like rocks.

Figure B is a 3-D version meant to be viewed through red-blue glasses.