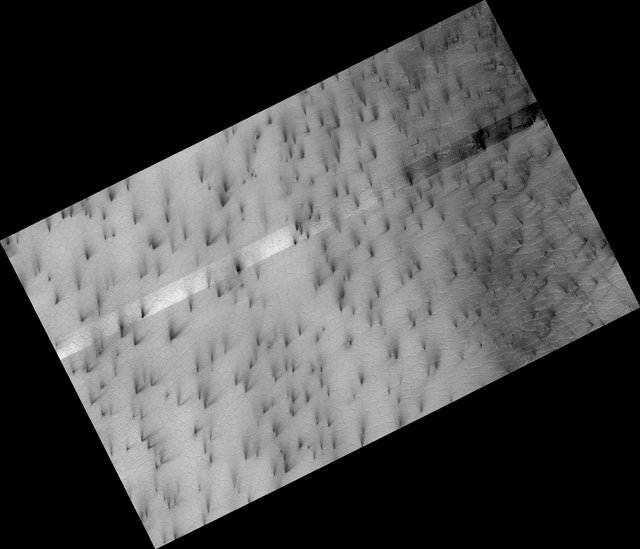 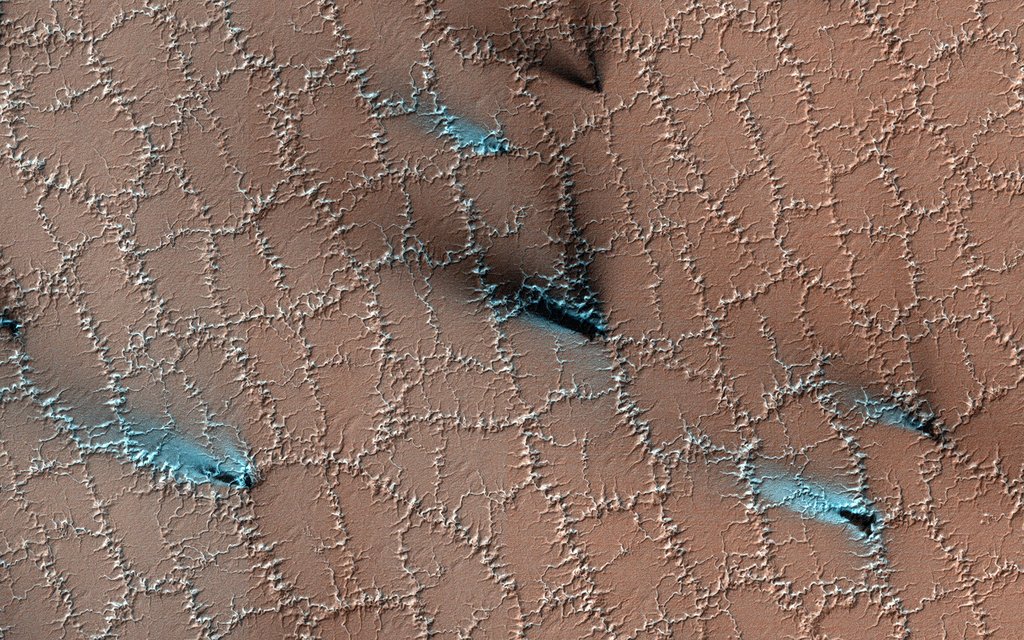 Both water and dry ice have a major role in sculpting Mars' surface at high latitudes. Water ice frozen in the soil splits the ground into polygons. Erosion of the channels forming the boundaries of the polygons by dry ice sublimating in the spring adds plenty of twists and turns to them.

Spring activity is visible as the layer of translucent dry ice coating the surface develops vents that allow gas to escape. The gas carries along fine particles of material from the surface further eroding the channels. The particles drop to the surface in dark fan-shaped deposits. Sometimes the dark particles sink into the dry ice, leaving bright marks where the fans were originally deposited. Often the vent closes, then opens again, so we see two or more fans originating from the same spot but oriented in different directions as the wind changes.