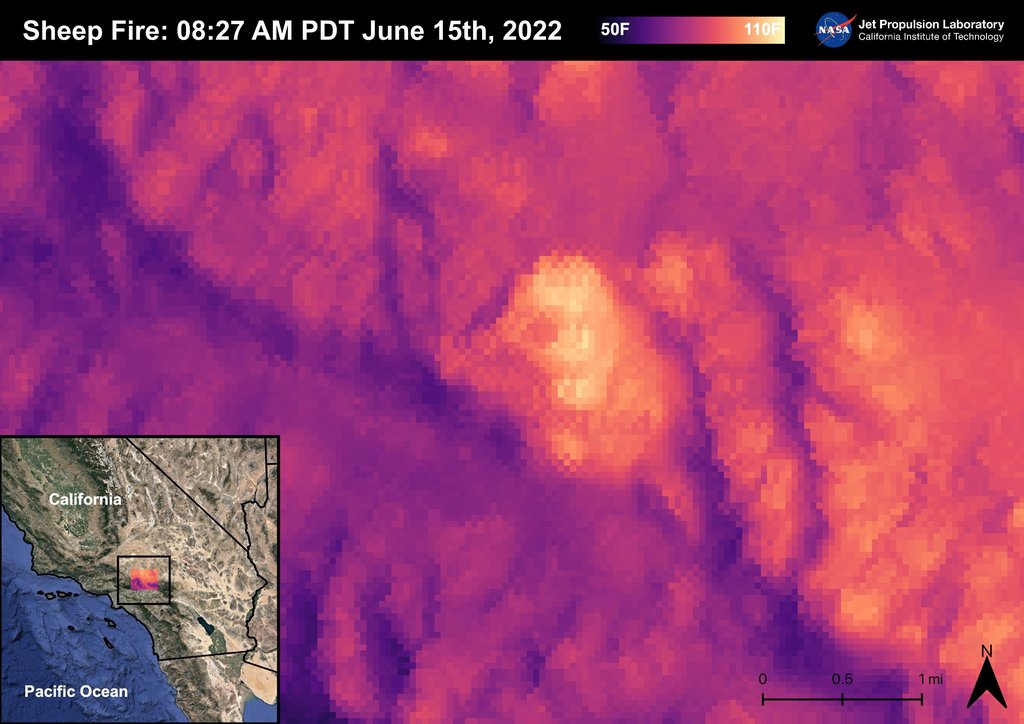 The Sheep Fire started on June 12th, 2022, Northeast of the town of Wrightwood in San Bernardino County. The fire burned 865 acres and was contained on June 19th, 2022. Due to the proximity of the Sheep Fire to Wrightwood, the town was evacuated. The Pacific Crest Trail in the San Gabriel Mountains and part of Highway 2 were closed due to the fire. There were no casualties or injuries as a result of the Sheep Fire. The fire was captured in an ECOSTRESS Land Surface Temperature image on 08:27 AM PDT on June 15th and shows the temperature of the fire surpassing 100 degrees Fahrenheit. As California is currently in a drought, there are concerns that 2022 will see a severe wildfire season; ECOSTRESS allows for the monitoring of the drought and of wildfires.