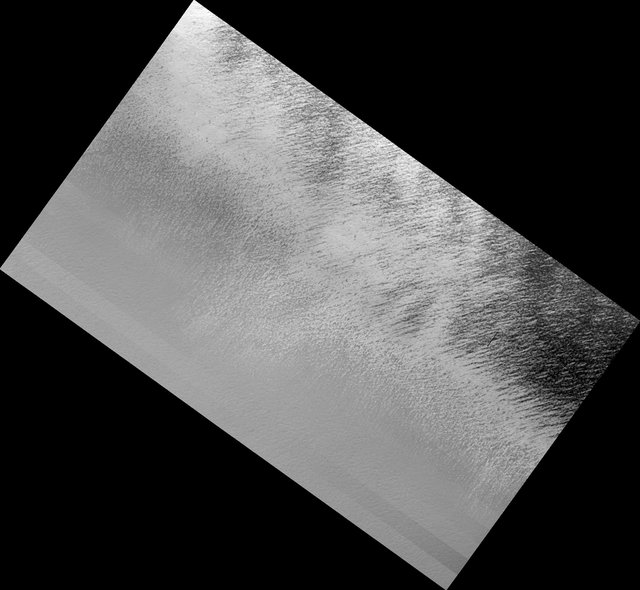 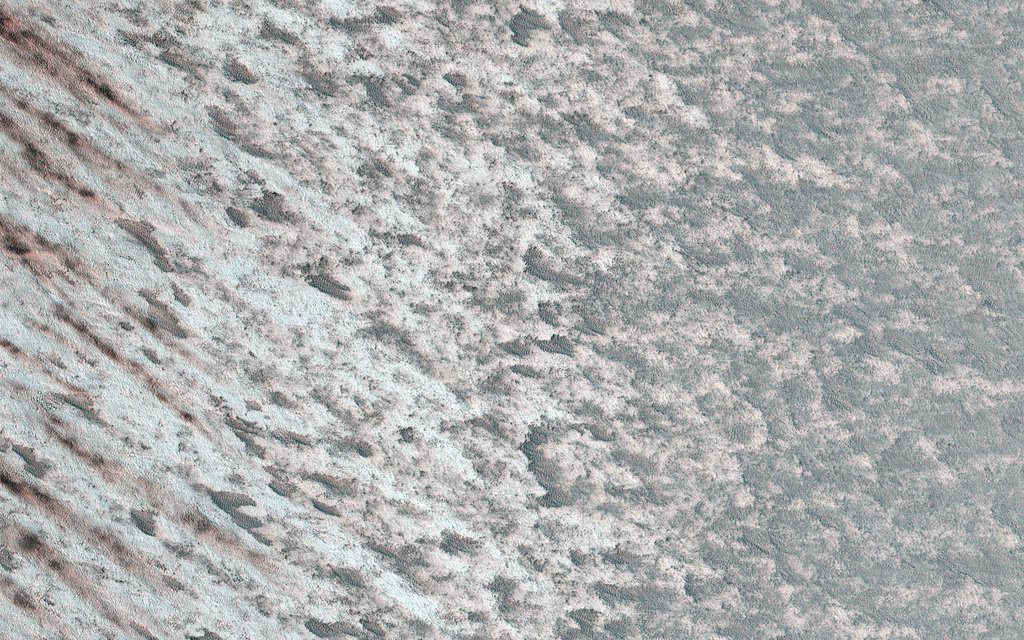 The purpose of this sequence of images is to understand rapid albedo (brightness) changes seen at this time of year (late northern summer) on the Martian polar cap.

Our cutout is an animation that is a comparison with an image acquired just 5 days earlier from this one. Changes in relative brightness are apparent between the observations. It is not immediately obvious what is causing the changes, but the linear patterns suggest that wind is playing a role.