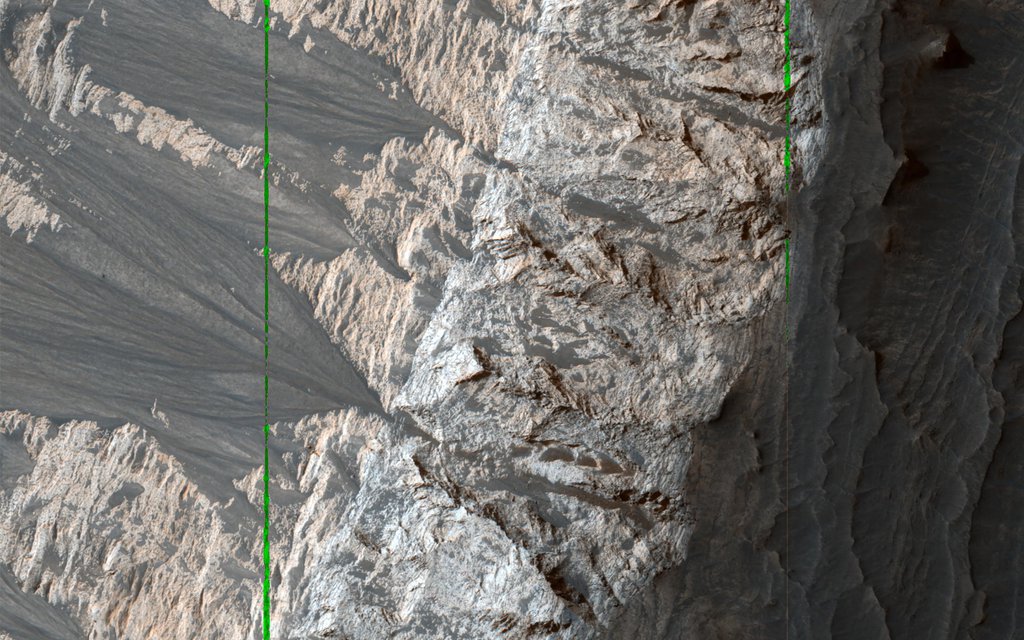 Massive deposits of sediments rich in hydrated sulfates are found in central Valles Marineris. Such deposits on Earth are soft and easily eroded, and that appears to be true on Mars as well.

There are large gullies and sediment fans along the steepest slopes. Elsewhere on Mars, such slopes are actively eroding in before-and-after HiRISE images, so this would be a good location to observe again in a future year. Linear gaps in data coverage on the bright sun-facing slopes are locations where the image data is saturated.