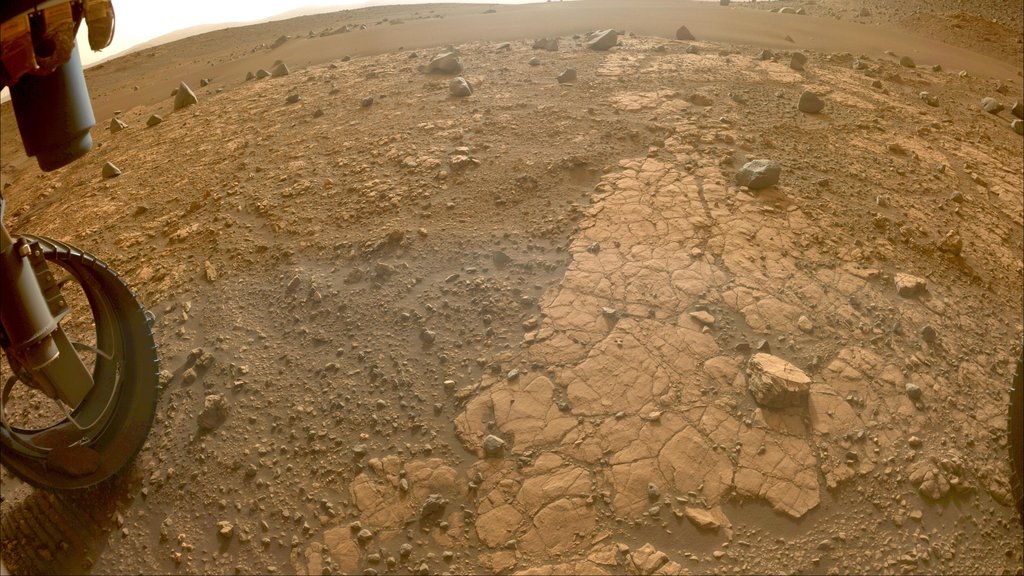 This image of "Yori Pass" was taken by one of the Hazard-Avoidance Cameras (Hazcams) on NASA's Perseverance Mars rover on Nov. 5, 2022, the 609th Martian day, or sol, of the mission.

The feature, at the base of Jezero Crater, is sandstone, which is composed of fine grains that have been carried from elsewhere by water before settling and forming stone. The rover will take a rock-core sample here.