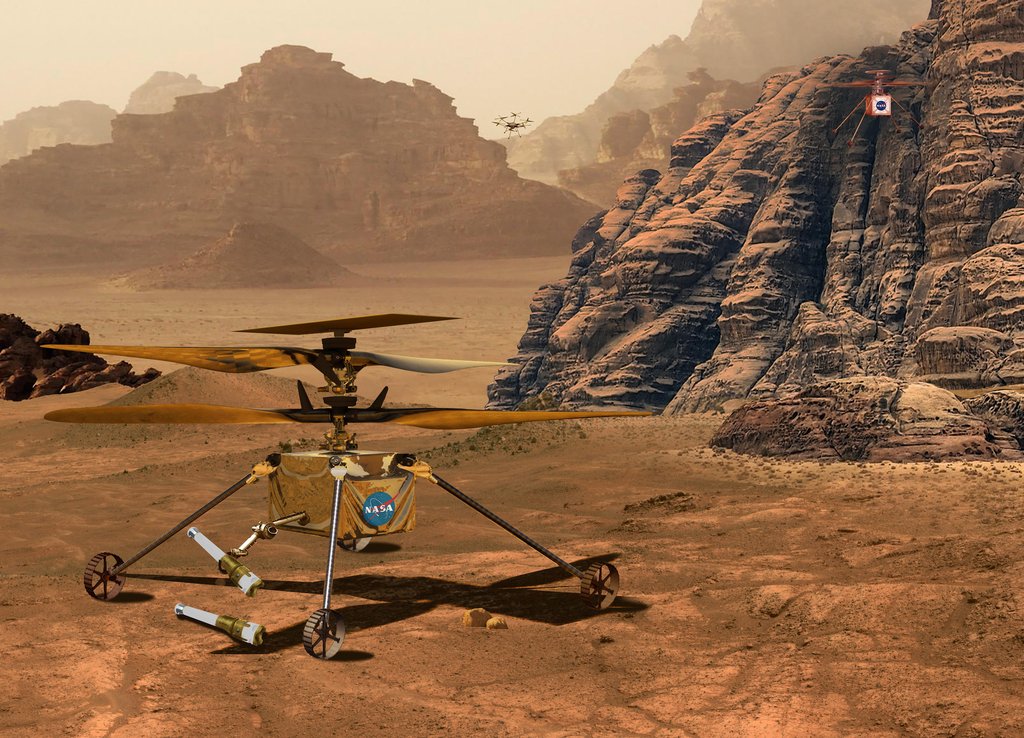 In the upper right is the Ingenuity Mars Helicopter, currently operating at Jezero Crater.