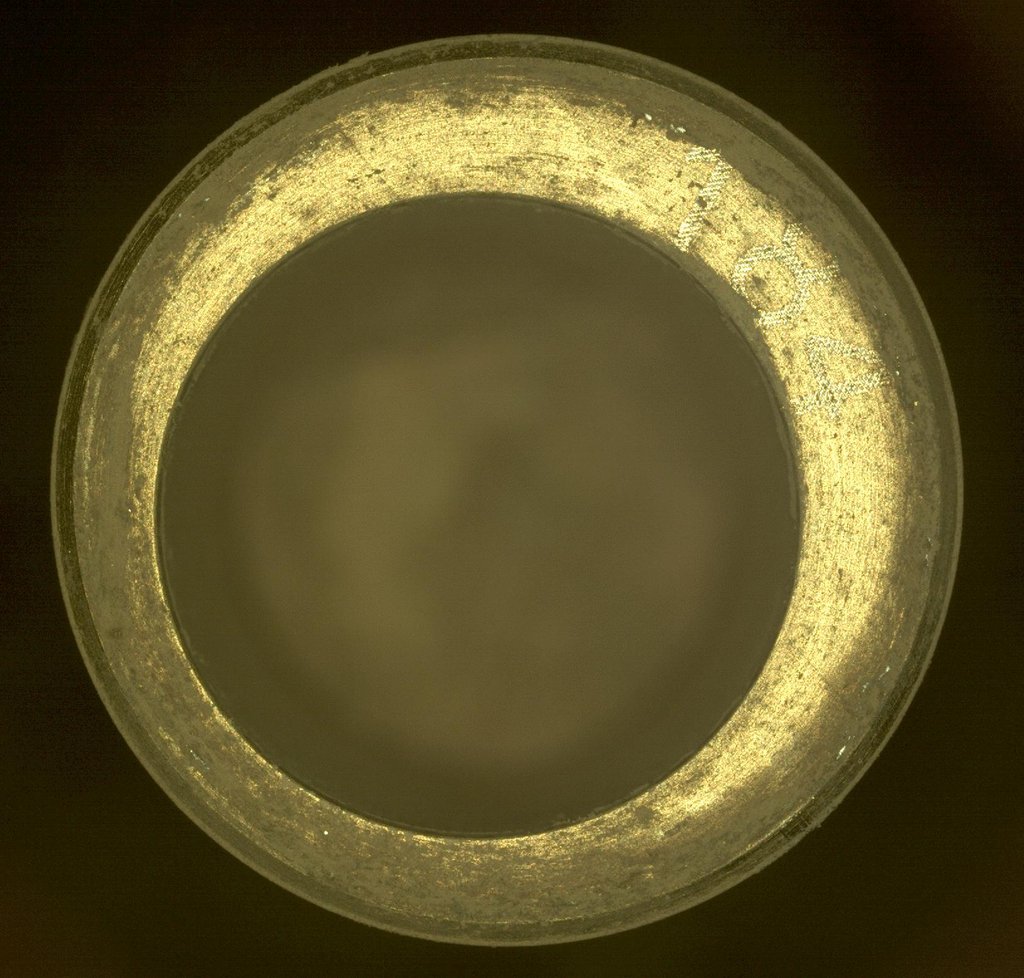 Perseverance's Sampling and Caching System Camera, or CacheCam, captured this time-lapse series of images of the rover's 14th rock-core sample. Taken over four Martian days (or sols) – on Sols 595, 599, 601, and 604 of the mission (Oct. 22, Oct. 26, Oct. 28, and Oct. 31, 2022) – they document the results of the mission's use of the rover's Bore Sweep Tool to remove dust from the tube. Small dust grains can be seen moving around the rim of the sample tube. The tool is designed to clean the inner surface near the tube's opening and also move the collected rock sample further down into the tube. Because the CacheCam's depth of field is plus or minus 5 millimeters, the rock sample, which is farther down in the tube, is not in focus in these images. The pixel scale in this image is approximately 13 microns per pixel. The images were acquired on Oct. 5. When the rover attempted to insert a seal into the open end of the tube, the seal did not release as expected from its dispenser.

The bright gold-colored ring in the foreground is the bearing race, an asymmetrical flange that assists in shearing off a sample once the coring drill has bored into a rock. The sample collection tube's serial number, "184," can be seen in the 2 o'clock position on the bearing race. About the size and shape of a standard lab test tube, these tubes are designed to contain representative samples of Martian rock and regolith (broken rock and dust).