JunoCam Image of Europa From Flyby 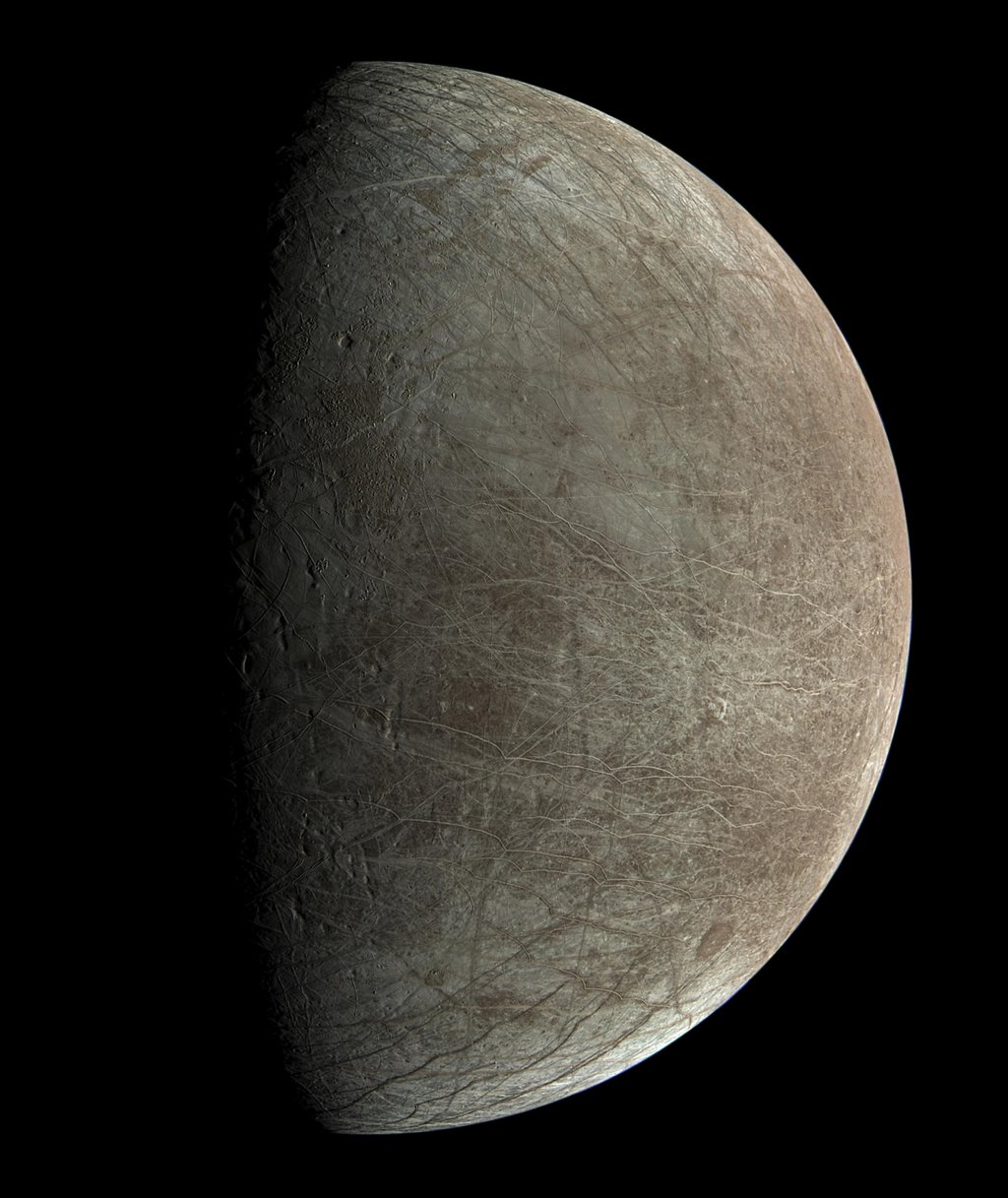 This view of Jupiter's icy moon Europa was captured by JunoCam, the public engagement camera aboard NASA's Juno spacecraft, during the mission's close flyby on Sept. 29, 2022. Citizen scientist Björn Jónsson processed the view to create this image. Jónsson processed the image to enhance the color and contrast. The resolution is about 0.6 miles (1 kilometer) per pixel.

JunoCam took the image at an altitude of 945 miles (1,521 kilometers) above a region of the moon called Annwn Regio. In the image, terrain beside the day-night boundary is revealed to be rugged, with pits and troughs. Numerous bright and dark ridges and bands stretch across a fractured surface, revealing the tectonic stresses that the moon has endured over millennia. The circular dark feature at the lower right is Callanish Crater.

JunoCam images of Europa help fill in gaps in the maps from images obtained during by NASA's Voyager and Galileo missions.

In processing raw images taken by JunoCam, members of the public create deep-space portraits of the Jovian moon that aren't only awe-inspiring but also worthy of further scientific scrutiny. Juno citizen scientists have played an invaluable role in processing the numerous JunoCam images obtained during science operations at Jupiter.

More information about NASA citizen science can be found at https://science.nasa.gov/citizenscience and https://www.nasa.gov/solve/opportunities/citizenscience.