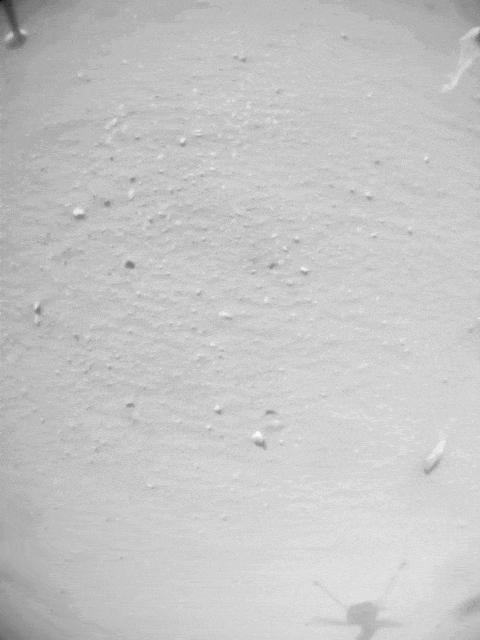 A small piece of foreign object debris (FOD) is seen in footage from the navigation camera of NASA's Ingenuity Mars Helicopter during its 33rd flight on Mars on Sept 24, 2022. The FOD is seen attached to one of the rotorcraft's landing legs, then drifting away.