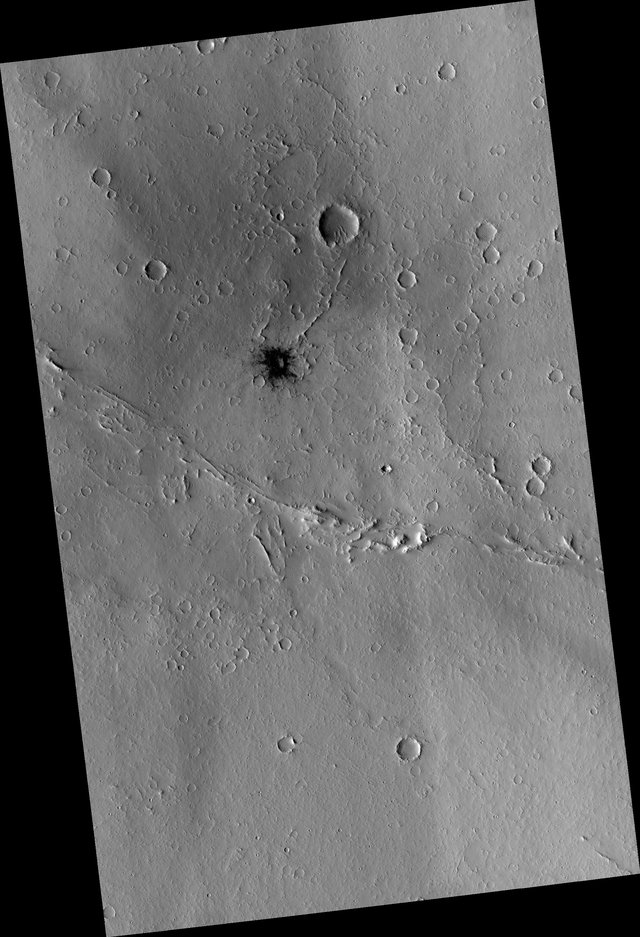 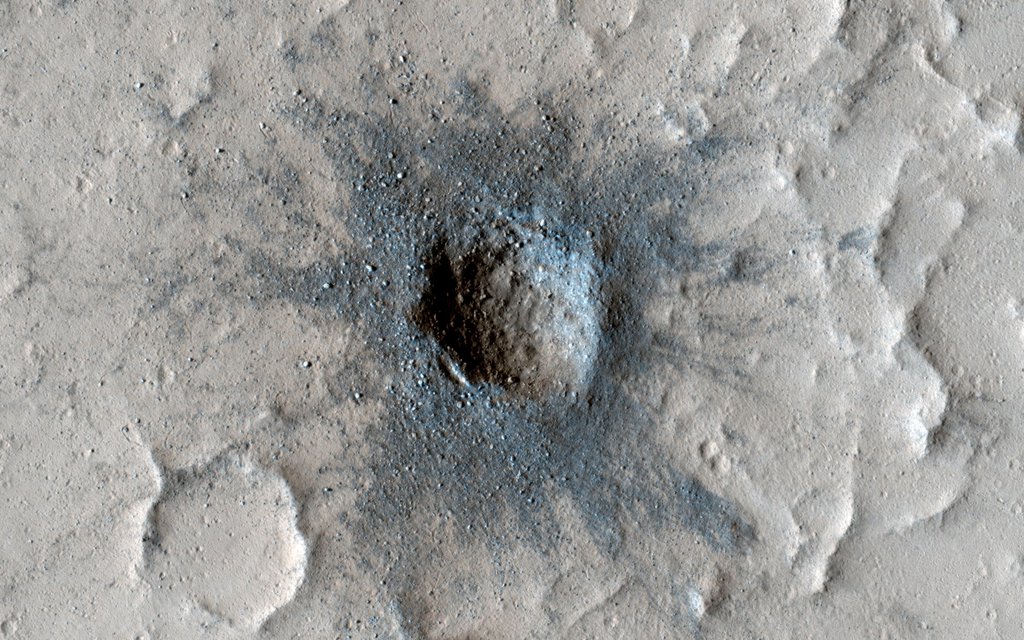 New impact craters on Mars are often darker than their surroundings and have lots of boulders in their interior. The crater in this image has all those attributes and looks like it may have occurred very recently; however, it's been seen in images dating back 50 years to the Mariner 9 mission.

HiRISE has imaged this crater a few times (most recently in January 2022) to check for changes. We expect that over time the dark coloring will fade and many of the boulders will be buried by sand and dust. Learning how fast this process happens helps us understand changes on the Martian surface today. So far however, this crater has been rather persistent and shows little change from our first image in 2007.