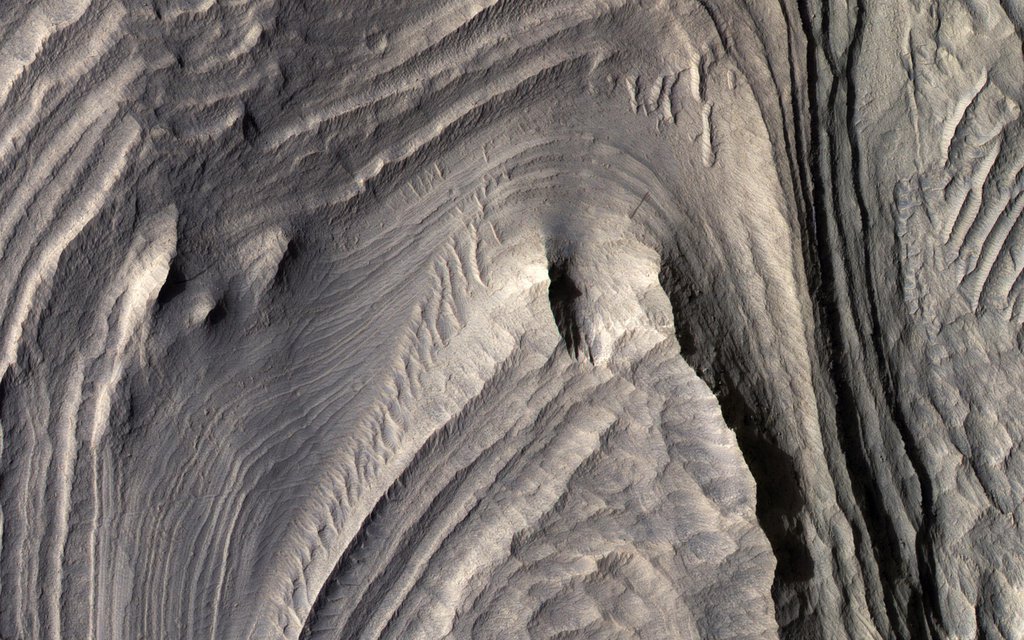 Sediments rich in hydrated sulfates may have filled central Valles Marineris, but debates persist as to how these deposits grew or formed.

Another possibility is that the layers were deformed by slumping. Stereo topographic data can be used to test these hypotheses. The cutout shows an area at full resolution. There are no detectable color variations within these layers, suggesting a uniform composition or the presence of a thin cover of dust over all surfaces.