A Fresh Impact Crater with an Odd Shape 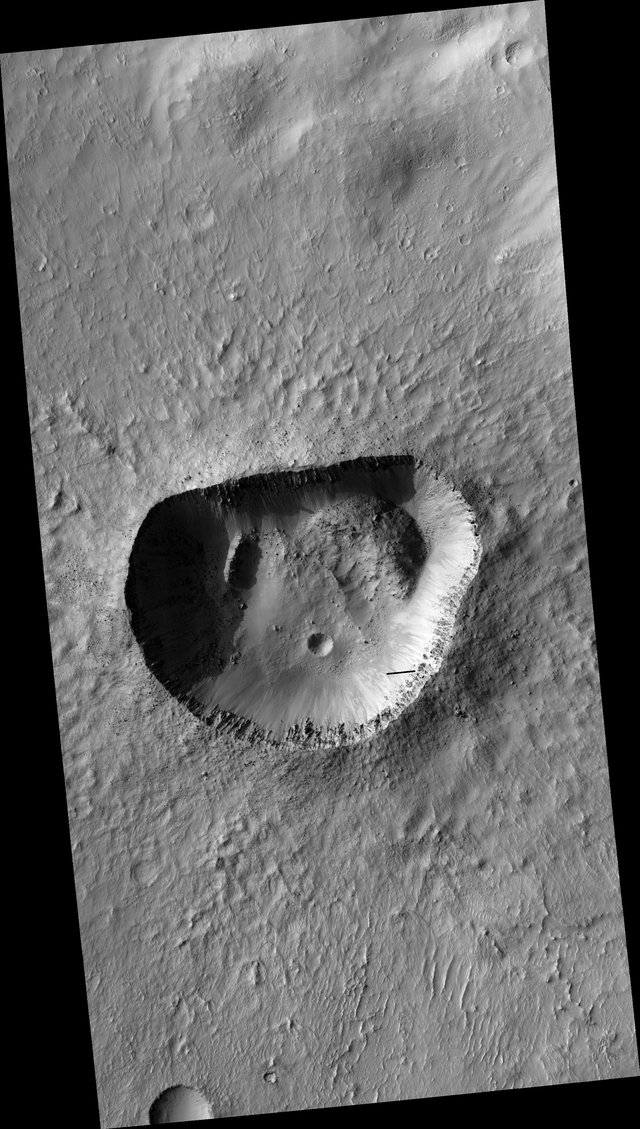 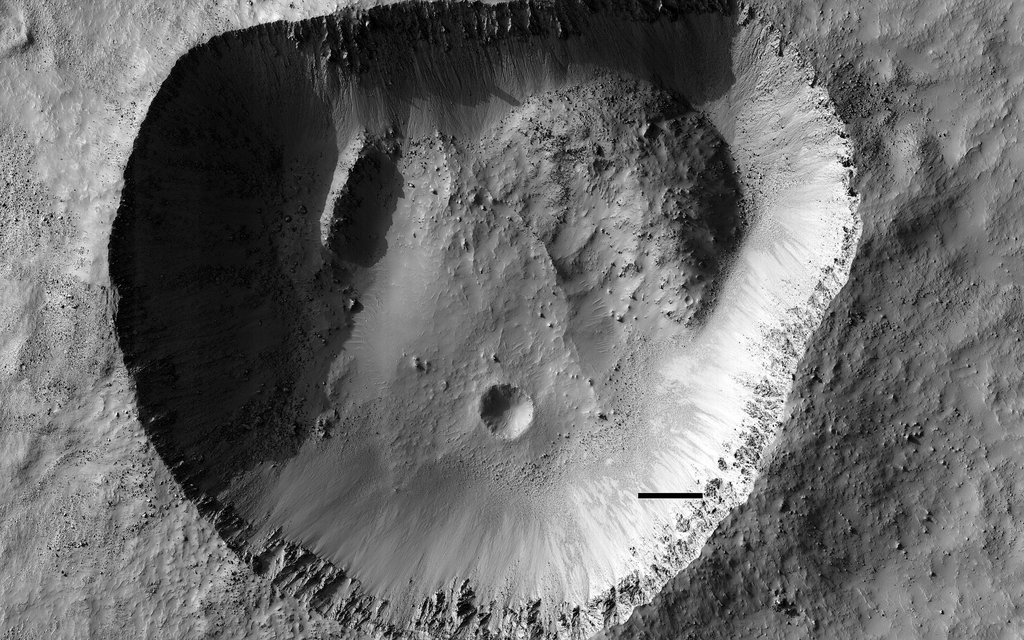 This odd-shaped hole in Noachis Terra is clearly an impact crater. It has the characteristic raised rim that distinguishes it from pits that have simply collapsed. In contrast to most impact craters though, it isn't round.

What could have caused this odd shape? Sometimes craters can be elongated when the impact occurs at a very grazing angle, but that's not the case here as the rough ejecta blanket around the crater is mostly symmetric.

This HiRISE image may show the answer. Large blocks of material in the northeast and northwest corners look like they have slid into the crater. These collapses have extended the crater in those directions giving it an oblong appearance.