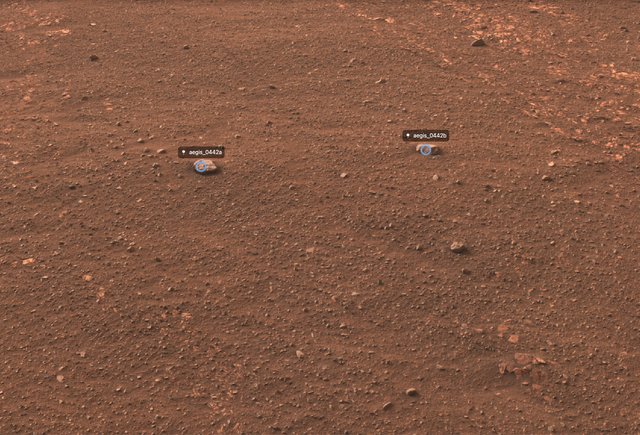 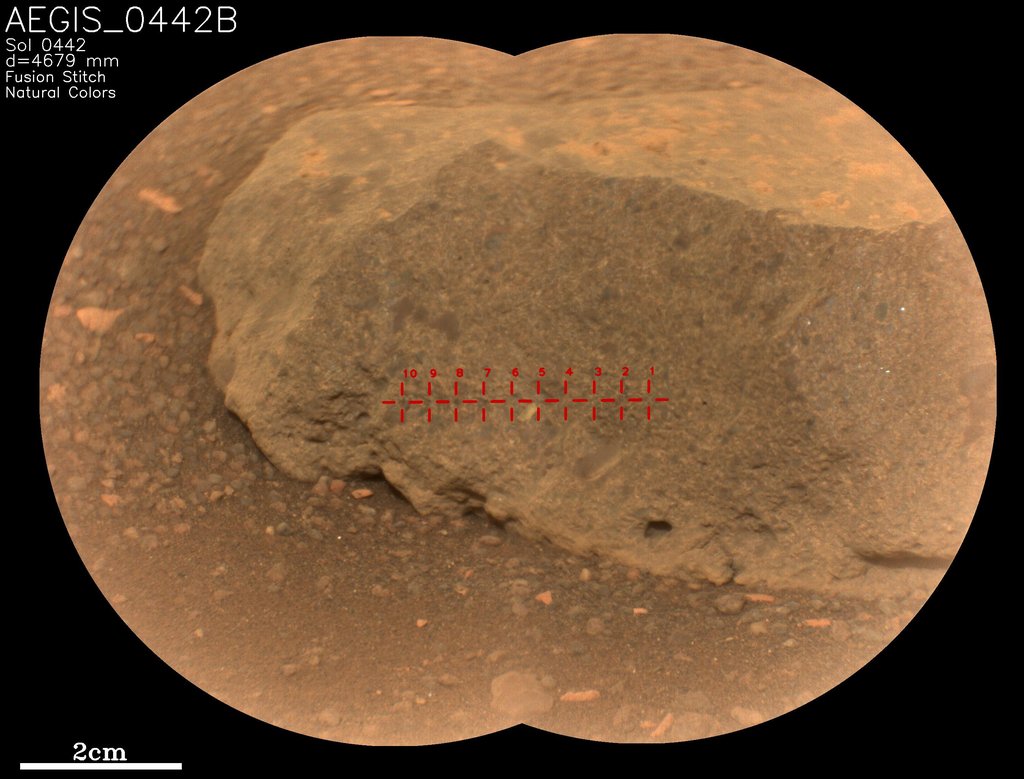 On May 18, 2022, NASA's Perseverance Mars rover used an artificial intelligence software called Autonomous Exploration for Gathering Increased Science (AEGIS) to select and target the rock seen in close-up here. It's one of two rocks that the AI for the first time helped Perseverance study without direction from the mission's team back on Earth.

AEGIS was developed by NASA's Jet Propulsion Laboratory in Southern California – which also built Perseverance – to collect data on rocks and other Martian features that the rover discovers while driving.

AEGIS is used in conjunction with Perseverance's SuperCam laser instrument, directing the laser to zap certain features that scientists have commanded the rover to look for. SuperCam used its Remote Micro-Imager (RMI) camera to take two images of this target, which were stitched together into the main picture seen here. The rock target, which was about 16 feet (5 meters) away from the rover, is named "AEGIS_0442B," referring to the Martian day, or sol, it was targeted (Sol 442) and that it was the second rock ("B") targeted by AEGIS on that sol. The red crosshairs seen across the rock target indicate each place AEGIS directed the laser to zap.

Figure A shows a view from a distance of the each of the two rocks that AEGIS targeted, with annotations for the names given to each target. AEGIS_0442B is on the right. This image was taken from software used by the Perseverance team to select science targets.

SuperCam is led by Los Alamos National Laboratory in New Mexico, where the instrument's body unit was developed. That part of the instrument includes several spectrometers as well as control electronics and software. The mast unit, including RMI, was developed and built by several laboratories of the CNRS (the French research center) and French universities under the contracting authority of Centre National d'Études Spatiales (CNES), the French space agency.