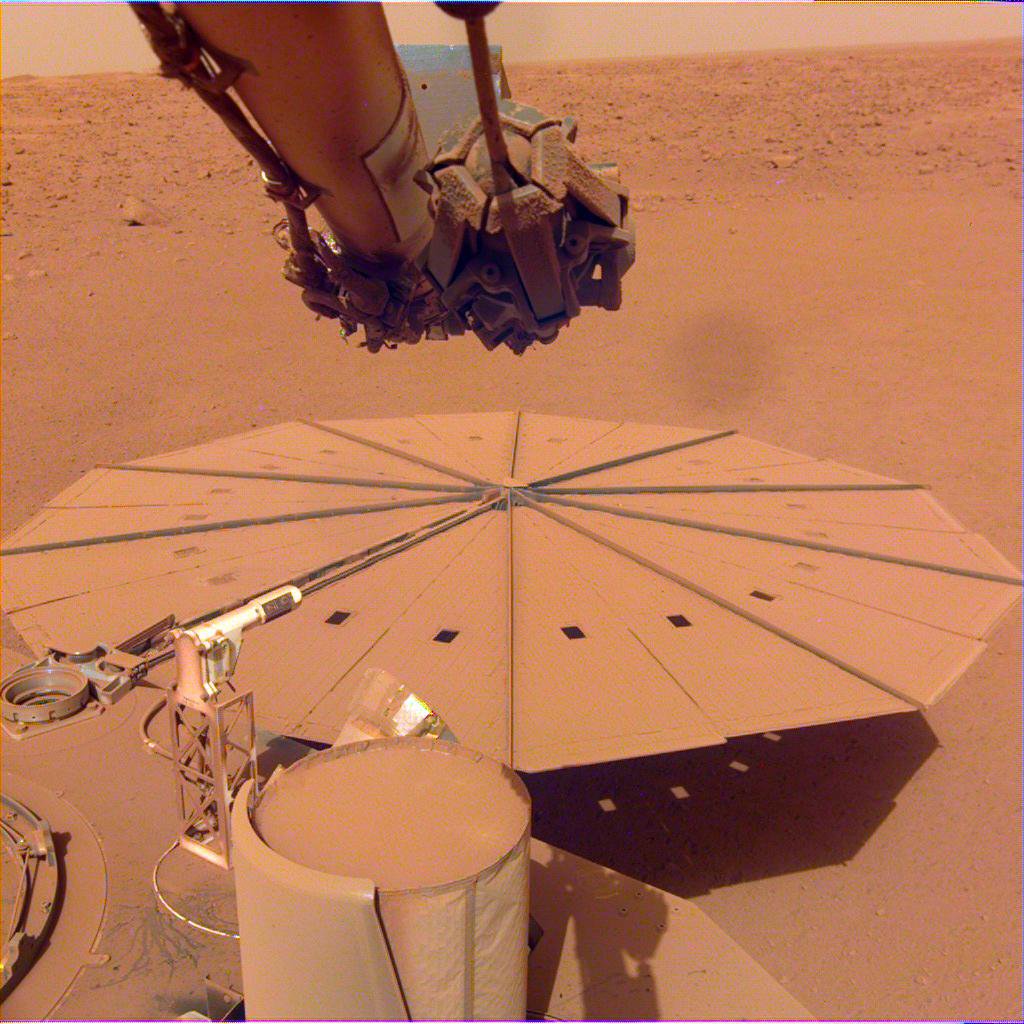 NASA's InSight Mars lander captured this image of one of its dust-covered solar panels on April 24, 2022, the 1,211th Martian day, or sol, of the mission.