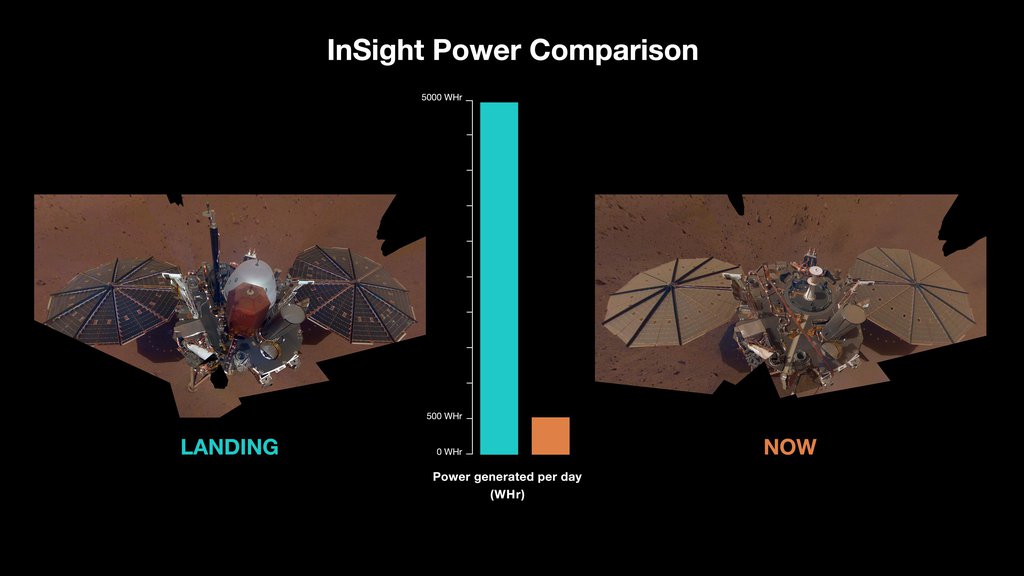 The solar panels on NASA's InSight Mars lander produced roughly 5,000 watt-hours each Martian day, or sol, after the spacecraft touched down. But by spring 2022, enough dust had settled on the panels that they were only producing about 500 watt-hours each sol.

The lander's first full selfie, which shows clean panels, was taken in December 2018; the dusty selfie (at right) is from images taken in March and April 2019.