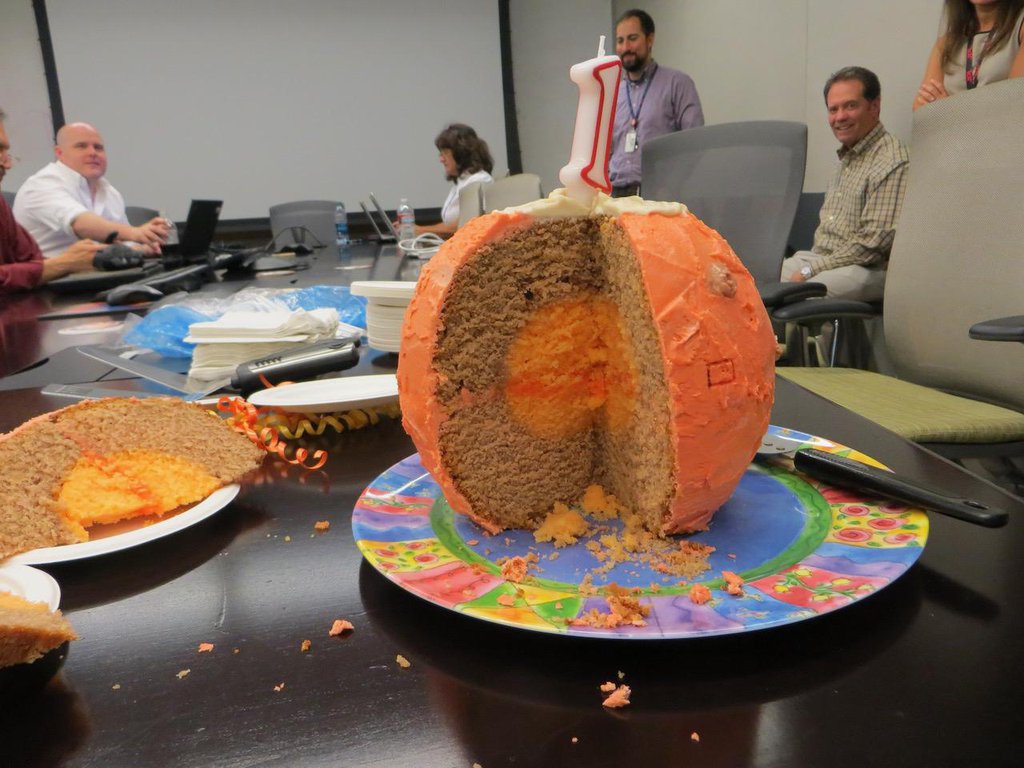 NASA's InSight lander team enjoyed this Mars-shaped cake on the first anniversary of the spacecraft's Nov. 26, 2018, landing. The cake came complete with its own inner layers – just like the Red Planet.