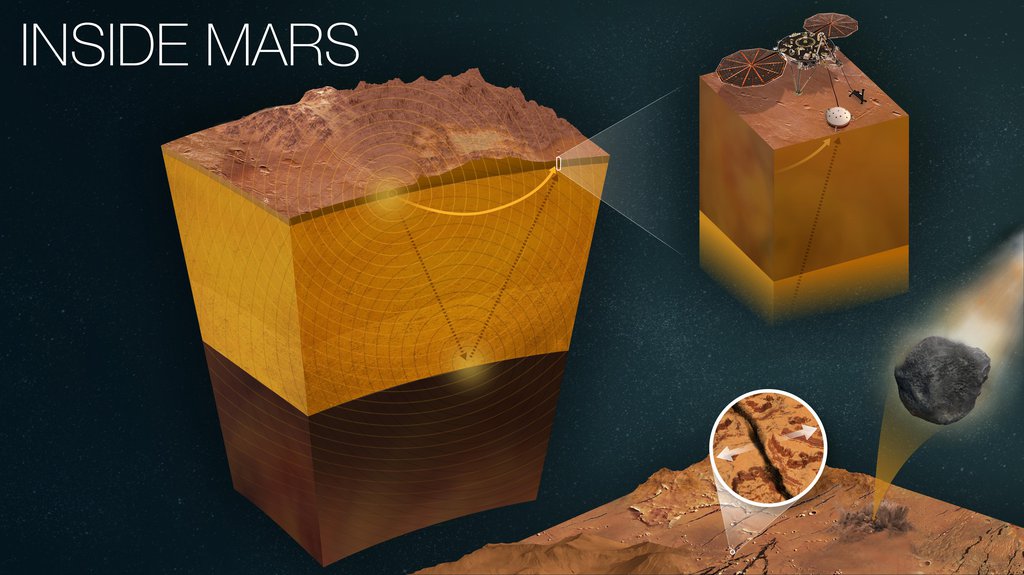 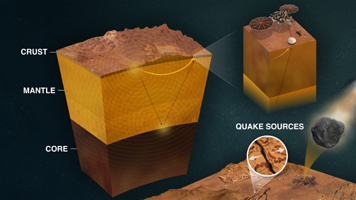 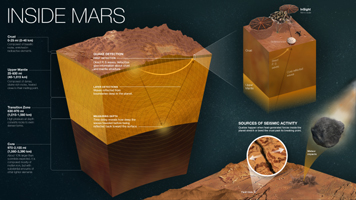 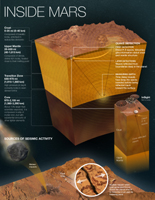 NASA's InSight Mars lander uses a seismometer to study the inner layers of Mars. Seismic signals from quakes change as they pass through different kinds of materials; seismologists can "read" the squiggles of a seismogram to study the properties of the planet's crust, mantle, and core.

This infographic shows those layers, and how InSight uses quakes to study them. It also shows a close-up of InSight and the major sources of marsquakes. Most quakes are created by heat and pressure inside the planet, which cause rock to fracture; another source is meteors striking the surface.