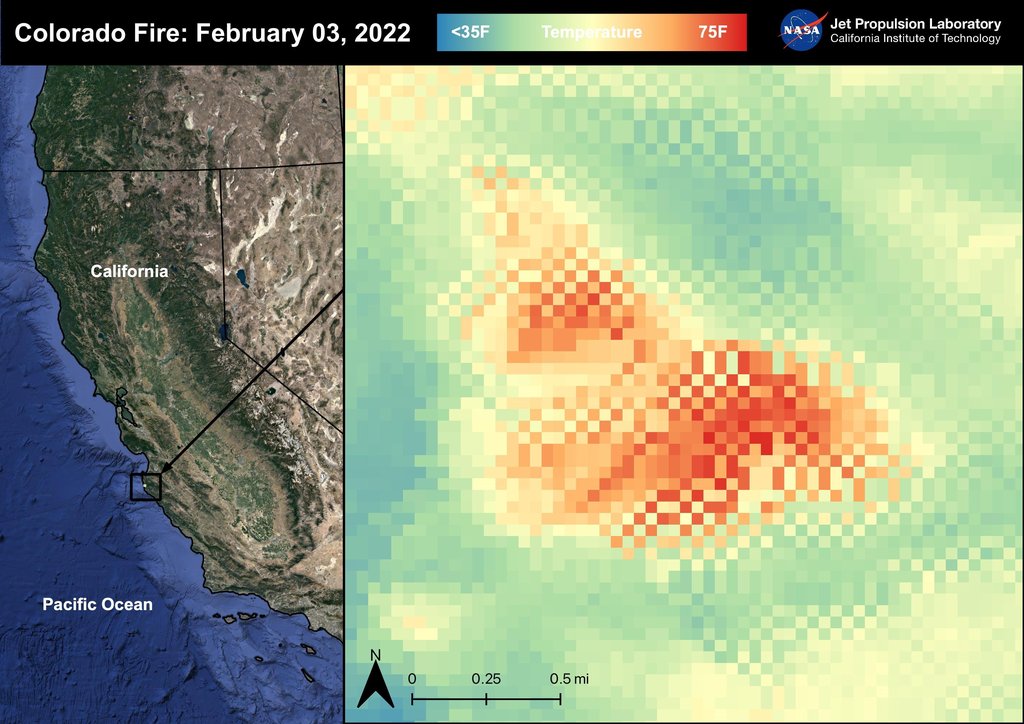 The Colorado Fire began on January 21st, 2022 was started by an escaped fire by the Palo Colorado Road. The wildfire burned 687 acres between Carmel-by-the-Sea and Big Sur. The Colorado Fire was driven towards the coast by strong winds leading to the shut down of the Bixby Bridge and a section of Highway 1. The fire was completely contained as of February 5th, 2022. No injuries or causalities have been reported; one structure was destroyed. The image above shows the fire captured in a Land Surface Temperature image from ECOSTRESS on February 3rd, 2022 at 01:11 PM PDT. As California is currently in a drought, there are concerns that 2022 will see a severe wildfire season; ECOSTRESS allows for the monitoring of the drought and of wildfires.