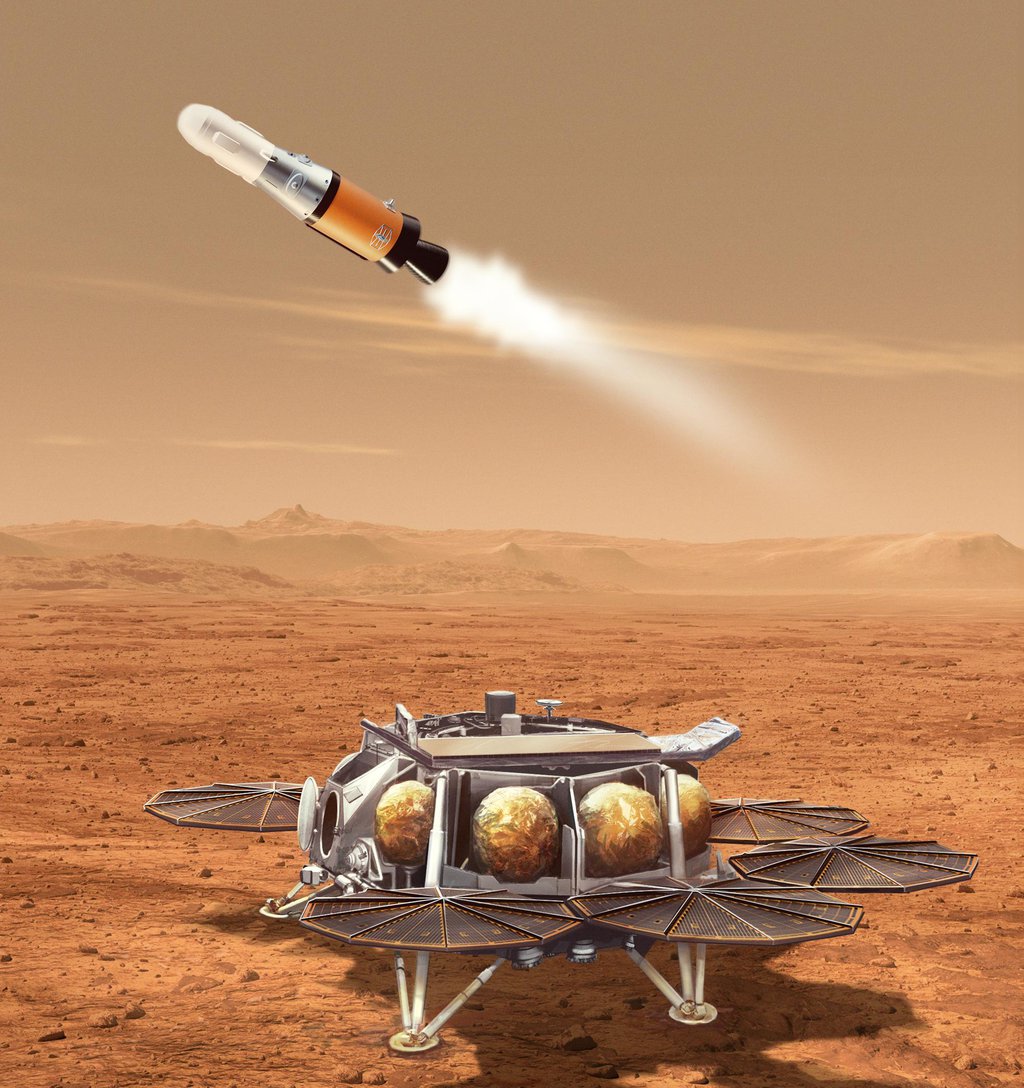 This illustration shows a concept for a proposed NASA Mars lander-and-rocket combination that would play a key role in returning to Earth samples of Mars material collected by the Perseverance rover. This Sample Retrieval Lander would carry a small rocket (about 10 feet, or 3 meters, tall) called the Mars Ascent Vehicle to the Martian surface. After using a robotic arm to load the rover's sealed sample tubes into a container in the nose cone of the rocket, the lander would launch the Mars Ascent Vehicle into orbit around the Red Planet.

The lander and rocket are part of the multimission Mars Sample Return program being planned by NASA and ESA (European Space Agency). The program would use multiple robotic vehicles to pick up and ferry sealed tubes containing Mars samples already collected by NASA's Perseverance rover, for transport to laboratories on Earth.