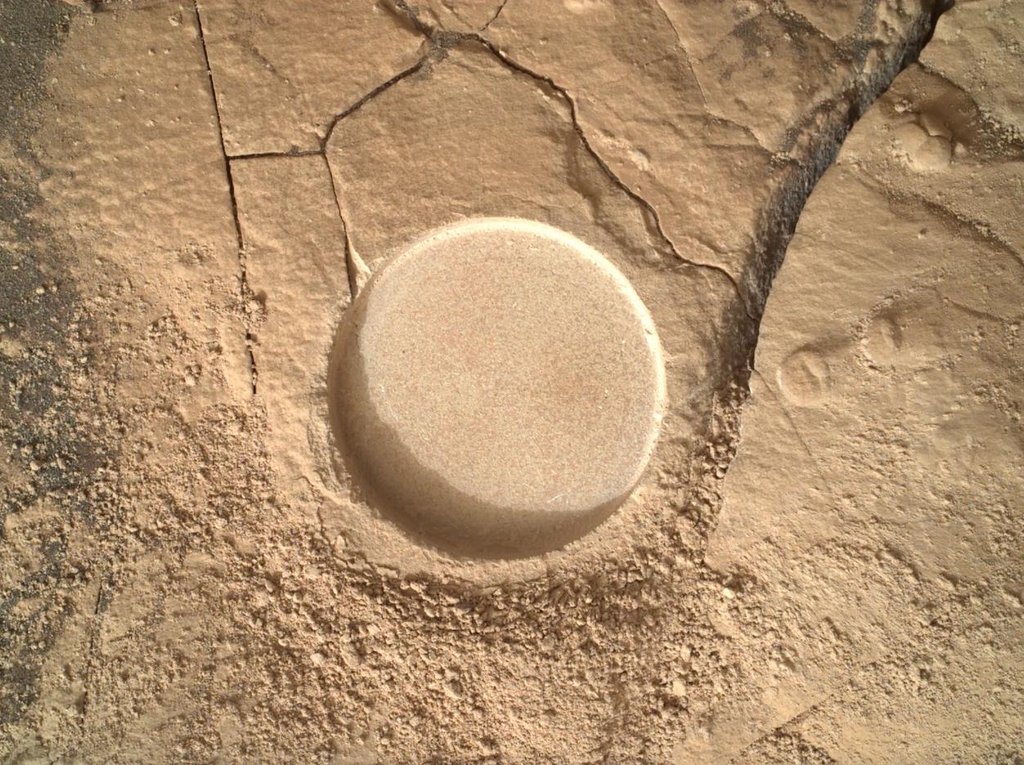 This video from NASA's Perseverance rover shows increasingly close views of an abraded rock at "Wildcat Ridge" in Mars' Jezero Crater, an area scientists consider one of the best places to search for signs of ancient microbial life. The images were taken by the cameras on the SHERLOC (Scanning Habitable Environments with Raman and Luminescence for Organics and Minerals) instrument at the end of Perseverance's robotic arm.

The first five images were taken by the Wide Angle Topographic Sensor for Operations and eNgineering (WATSON) camera. The final image, which is colorized, was created by combining images from WATSON and the Autofocus and Context Imager (ACI) camera.

The team uses the SHERLOC instrument to see how light interacts with the rock surface, revealing different components in the rock, including chemicals, minerals, and organic matter. By putting together the image and spectral information the instrument collects, SHERLOC can help scientists understand where organics and minerals are in the rock, and select samples for return to Earth.

The verification of ancient life on Mars carries an enormous burden of proof.

NASA's Jet Propulsion Laboratory, which is managed for the agency by Caltech in Pasadena, California, built and manages operations of the Perseverance rover. WATSON and ACI were built by Malin Space Science Systems (MSSS) in San Diego and are operated jointly by MSSS and JPL.

For more about the Mars Sample Return campaign: mars.nasa.gov/msr