How SHERLOC Analyzes a Rock Target 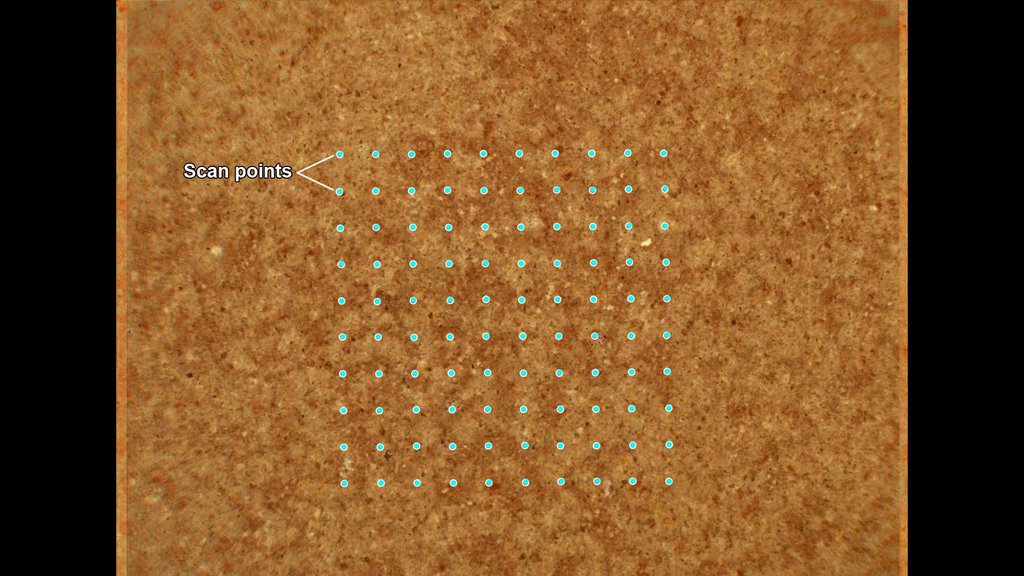 This annotated image from NASA's Perseverance Mars rover shows how its SHERLOC (Scanning Habitable Environments with Raman and Luminescence for Organics and Minerals) instrument investigates a rock surface. After an area has been ground down by the abrasion tool on the rover's arm, SHERLOC fires its laser in a grid pattern, shown here with blue dots.

This scan area is roughly the size of a pencil eraser. SHERLOC's laser allows scientists to see how light interacts with the rock surface and reveals different components in the rock, including chemicals, minerals, and organic matter.

The image was created by combining two SHERLOC images: one from the Wide Angle Topographic Sensor for Operations and eNgineering (WATSON) camera, and one from the Autofocus and Context Imager (ACI) camera. Those images were taken at a location called "Wildcat Ridge" on July 22, 2022, the 505th Martian day, or sol, of the mission.

The image color has been enhanced to increase contrast so different rock components are easier to distinguish.

NASA's Jet Propulsion Laboratory, which is managed for the agency by Caltech in Pasadena, California, built and manages operations of the Perseverance rover. WATSON and ACI were built by Malin Space Science Systems (MSSS) in San Diego and are operated jointly by MSSS and JPL.