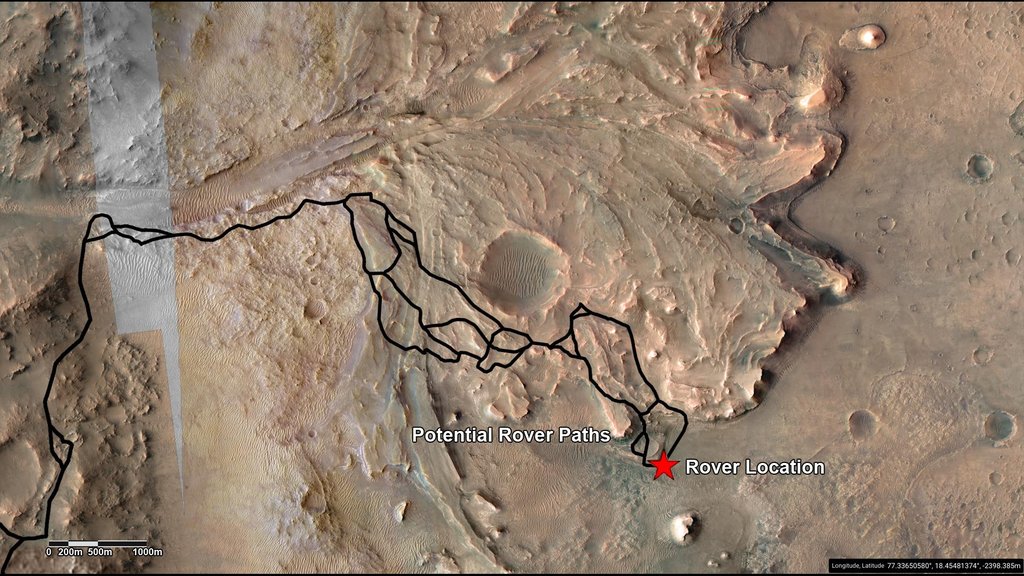 This annotated image highlights potential routes that NASA's Perseverance team is considering in September 2022 for the rover to drive from the front of an ancient river delta to the rim of Jezero Crater. The team will continue to investigate the Martian terrain and consider the science potential of these options before choosing the rover's route.

The Perseverance team and the U.S. Geological Survey collaborated on the base map seen here, combining multiple images from the High Resolution Imaging Experiment (HiRISE) camera with color from the Compact Reconnaissance Imaging Spectrometer for Mars (CRISM), both instruments aboard NASA's Mars Reconnaissance Orbiter (MRO). The HiRISE images used span a period from 2007 to 2017.

Perseverance landed on the floor of Jezero Crater on Feb. 18, 2021. The delta, which Perseverance reached in April 2022, is a fan-shaped area where an ancient river once flowed into an ancient lake and deposited rocks and sediment.