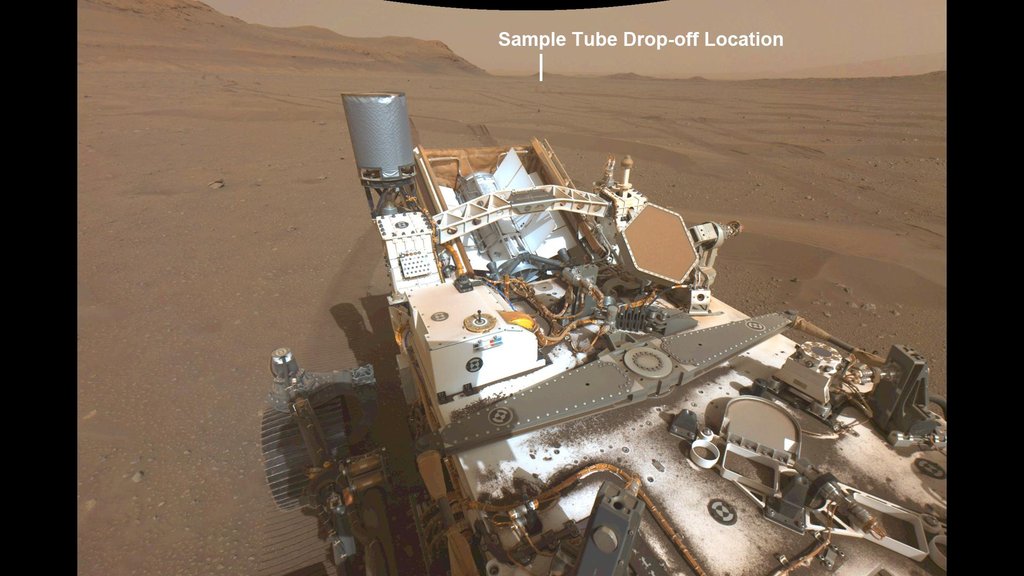 This annotated image from NASA's Perseverance Mars rover shows its wheel tracks in Jezero Crater and a distant view of the first potential location it could deposit a group of sample tubes for possible future return to Earth. The image was taken on Aug. 29, 2022, the 542nd Martian day, or sol, of the rover's mission, by Perseverance's navigation camera.

Subsequent NASA missions, in cooperation with ESA (European Space Agency), would collect these sealed samples from the surface and return them to Earth for in-depth analysis as part of the Mars Sample Return campaign.

This image has been linearized to remove optical lens distortion effects.