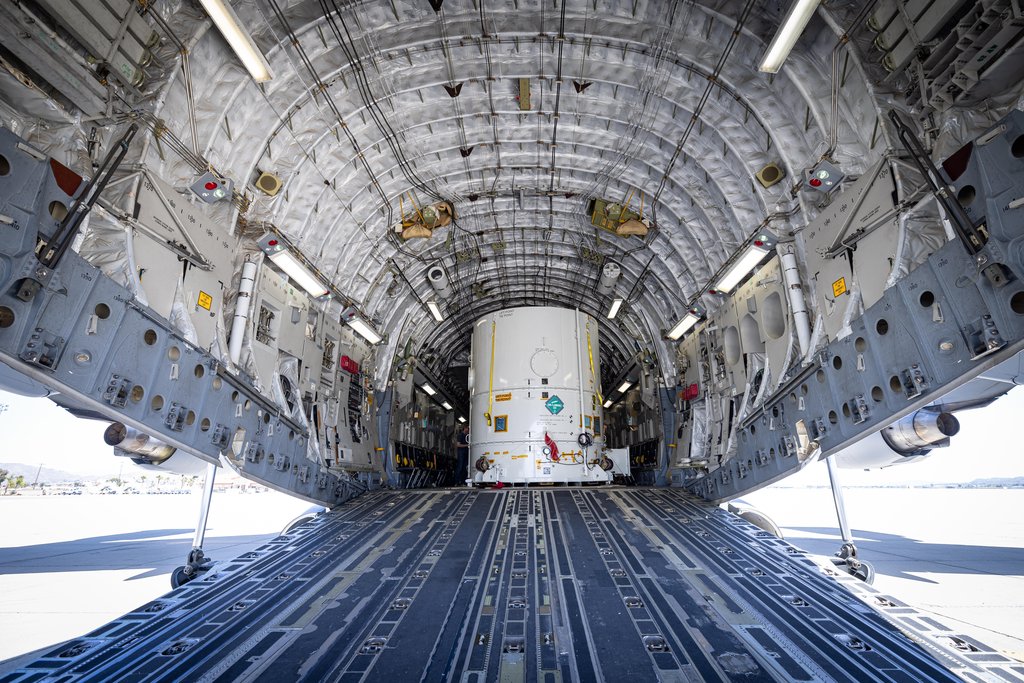 The main body of NASA's Europa Clipper spacecraft is seen in its shipping container, just after arriving aboard a C-17 cargo plane at March Air Reserve Base in Riverside County, California. From there it was delivered by truck to the agency's Jet Propulsion Laboratory in Southern California, where, over the next two years, engineers and technicians will finish assembling the craft by hand. Then it will be tested to make sure it can withstand the journey to Jupiter's icy moon Europa.