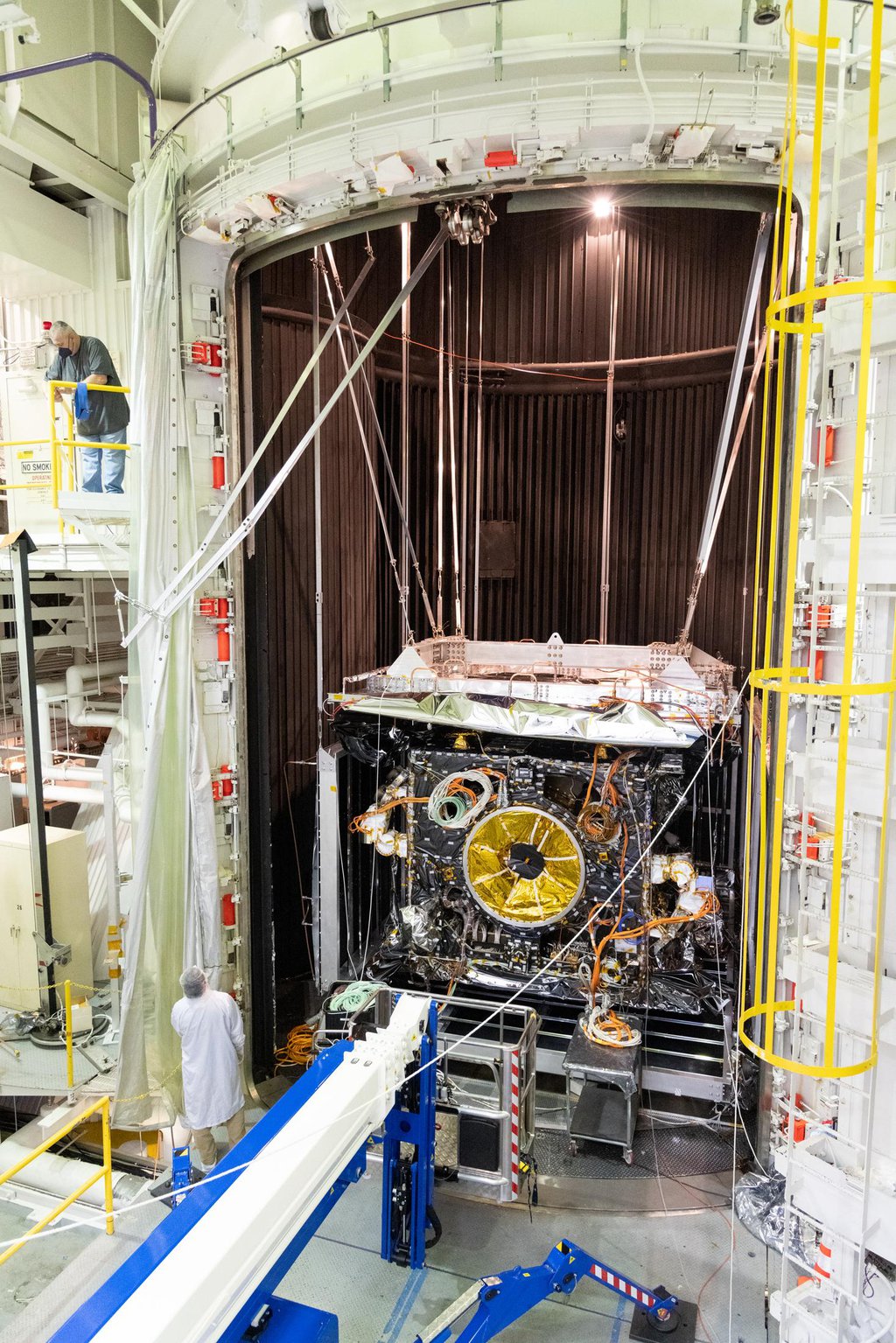 NASA's Psyche spacecraft is seen in early 2022 as it is placed in the 85-foot-tall, 25-foot-wide (26-meter-by-8-meter) ultra-sturdy vacuum chamber at the agency's Jet Propulsion Laboratory in Southern California. Thermal-vacuum (TVAC) testing is part of a regimen of environmental tests that are crucial for ensuring the spacecraft can survive the extreme conditions of launch and outer space.

The orbiter will travel 1.5 billion miles (2.4 billion kilometers) to its target in the main asteroid belt, a metal-rich asteroid also called Psyche. Scientists believe the asteroid could be part or all of the iron-rich interior of an early planetary building block that was stripped of its outer rocky shell in the early days of the solar system.

Over 18 days of TVAC testing, engineers exposed the spacecraft to the coldest and warmest conditions it will experience in flight, to prove that it is capable of regulating its own temperature. All of the air was sucked out of the chamber to replicate the airless vacuum of space. This test ensures that the spacecraft can survive the vacuum of space, and it helps engineers see how the spacecraft heats and cools itself without the movement of air to help it regulate temperature.