Rover's Backshell Seen From the Air 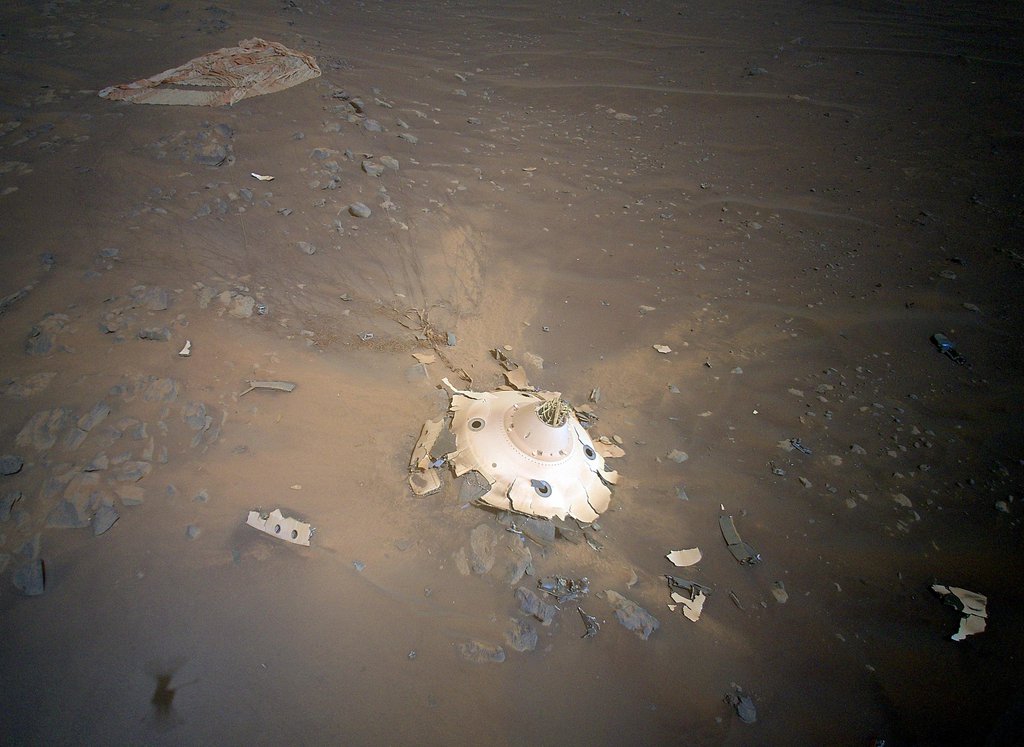 This image of Perseverance's backshell sitting upright on the surface of Jezero Crater was collected from an altitude of 26 feet (8 meters) by NASA's Ingenuity Mars Helicopter during its 26th flight at Mars on April 19, 2022. Engineers working on the Mars Sample Return program requested images be taken from an aerial perspective of the components because they may provide insight into the components' performance during the rover's entry, descent, and landing on Feb. 18, 2021.

The tangle of cables seen streaming out from the top of the backshell, and coated with Martian dust on the surface, are high-strength suspension lines that connect the backshell to Perseverance's supersonic parachute (upper left). The backshell and parachute helped protect the rover in deep space and during its fiery descent toward the Martian surface.