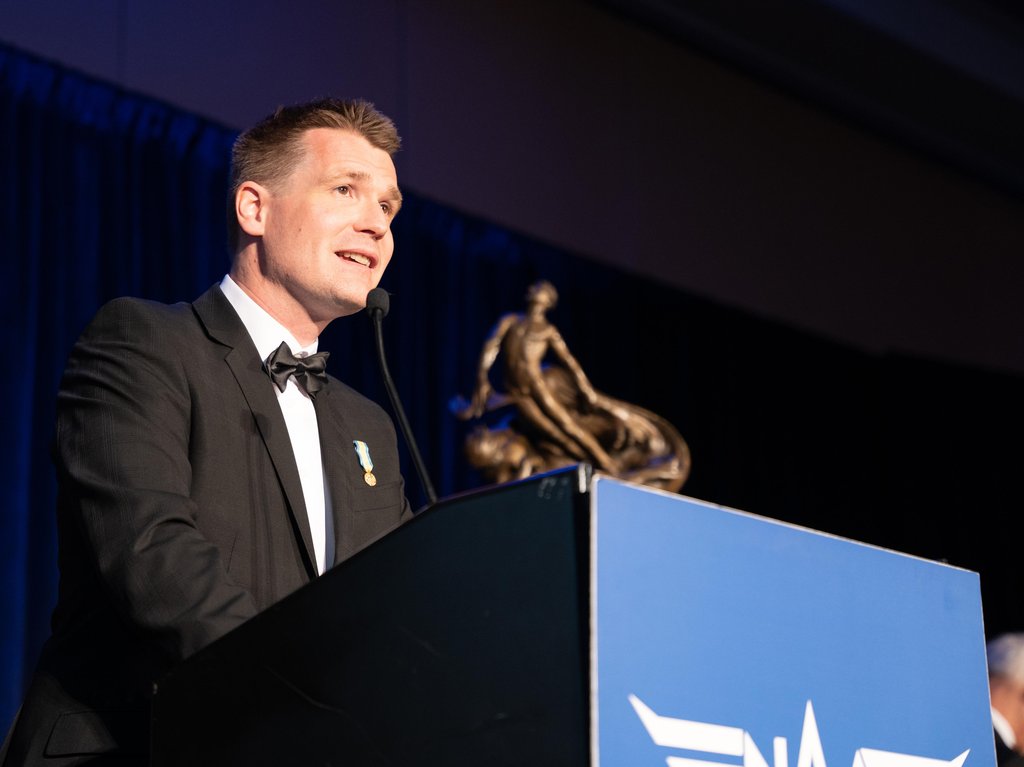 The chief pilot for NASA's Ingenuity Mars Helicopter, Håvard Grip, speaks at the Robert J. Collier Dinner in Washington on June 9, 2022. The Ingenuity Mars Helicopter team was awarded the 2021 Collier Trophy "for the first powered, controlled flight of an aircraft on another planet, thereby opening the skies of Mars and other worlds for future scientific discovery and exploration," the award citation states.