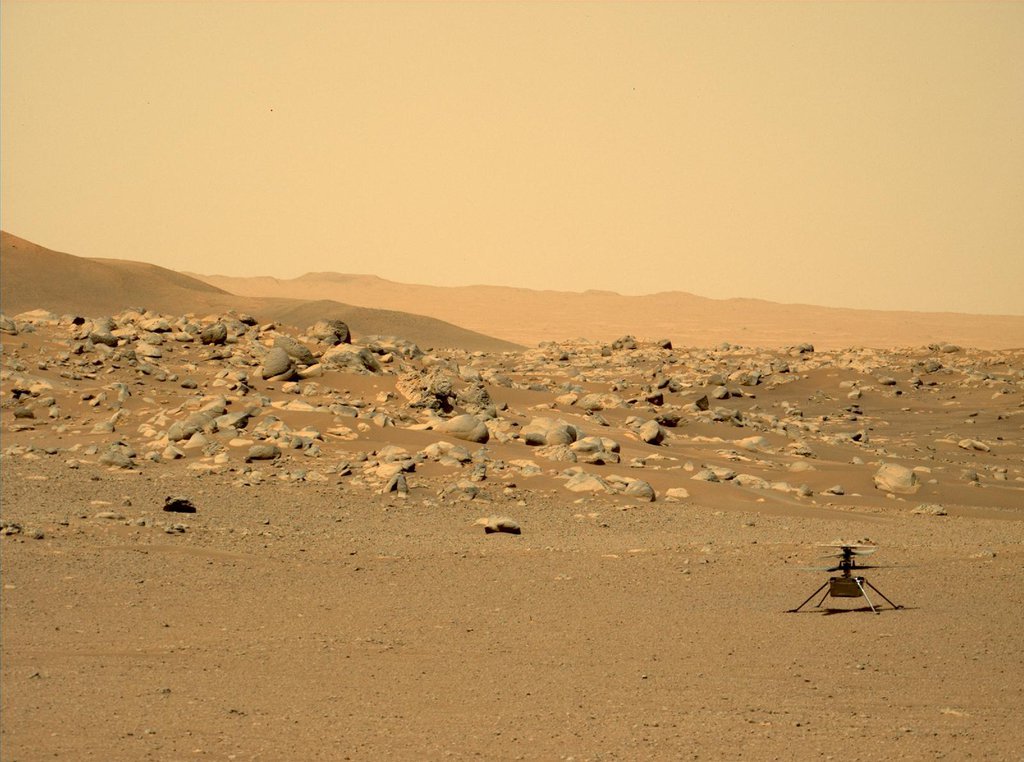 This image of NASA's Ingenuity Mars Helicopter was taken by the Mastcam-Z instrument of the Perseverance rover on June 15, 2021, the 114th Martian day, or sol, of the mission. The location, "Airfield D" (the fourth airfield), is just east of the "Séítah" geologic unit.

The image has been processed from the original version.

The Mars 2020 Perseverance mission is part of NASA's Moon to Mars exploration approach, which includes Artemis missions to the Moon that will help prepare for human exploration of the Red Planet. JPL, which is managed for NASA by Caltech in Pasadena, California, built and manages operations of the Perseverance rover. Arizona State University leads the operations of the Mastcam-Z instrument, working in collaboration with Malin Space Science Systems in San Diego, on the design, fabrication, testing, and operation of the cameras, and in collaboration with the Neils Bohr Institute of the University of Copenhagen on the design, fabrication, and testing of the calibration targets.