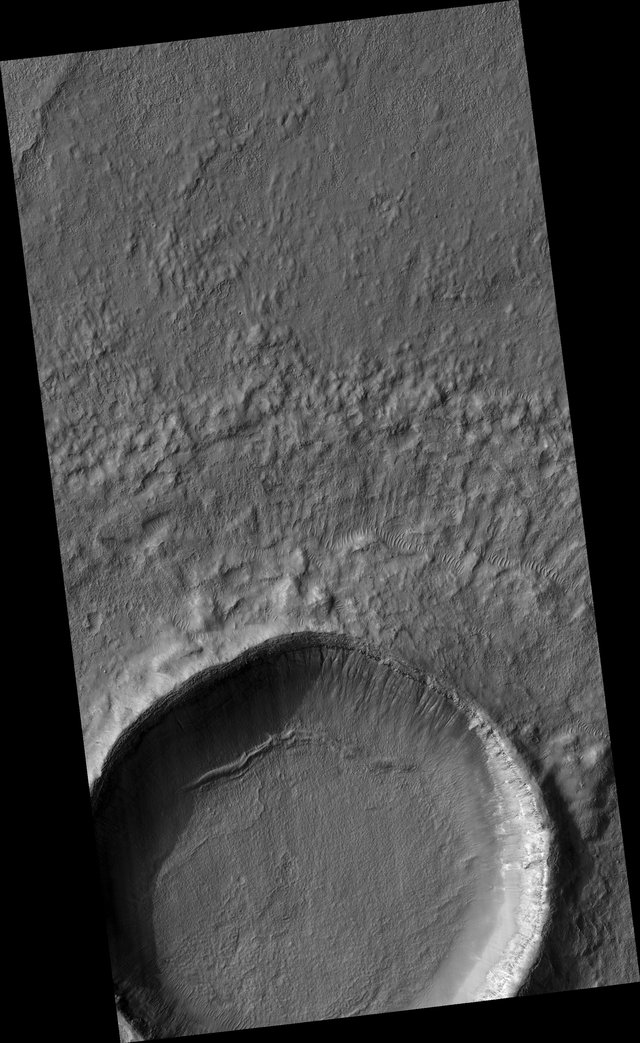 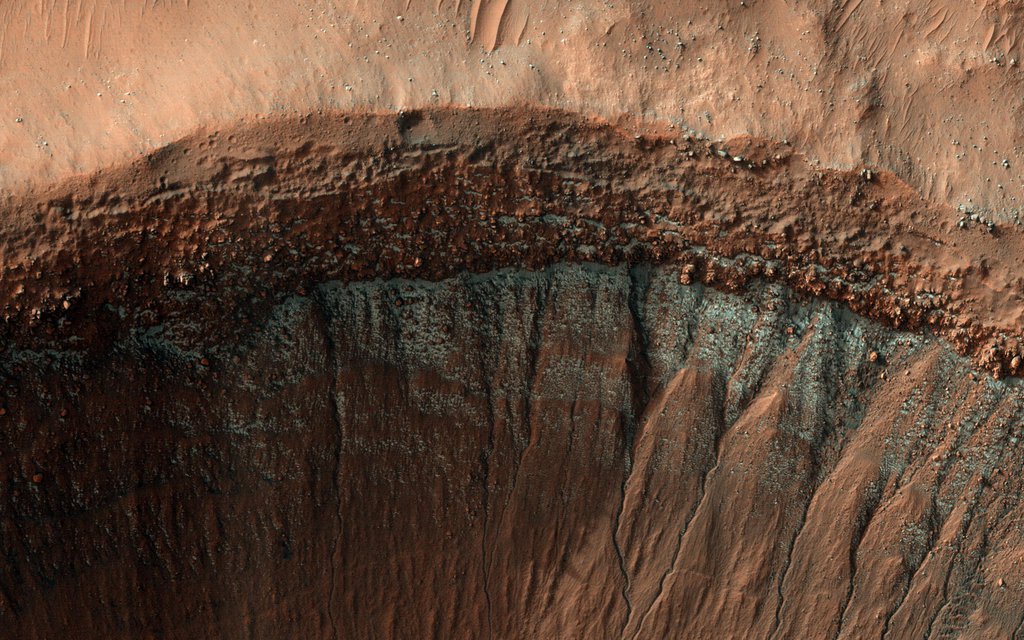 Every winter, a layer of carbon dioxide frost (dry ice) forms on the surface of Mars. At its greatest extent in mid-winter, this frost reaches from the poles down to the middle latitudes, until it is too warm and sunny to persist. In most places this is around 50 degrees latitude, similar to the latitude of southern Canada on Earth.

However, small patches of dry ice are found closer to the equator on pole-facing slopes, which are colder because they receive less sunlight. This image was taken in the middle of winter in Mars' Southern Hemisphere, and shows a crater near 37 degrees south latitude. The south-facing slope has patchy bright frost, blue in enhanced color. This frost occurs in and around the many gullies on the slope, and in other images, has caused flows in the gullies.