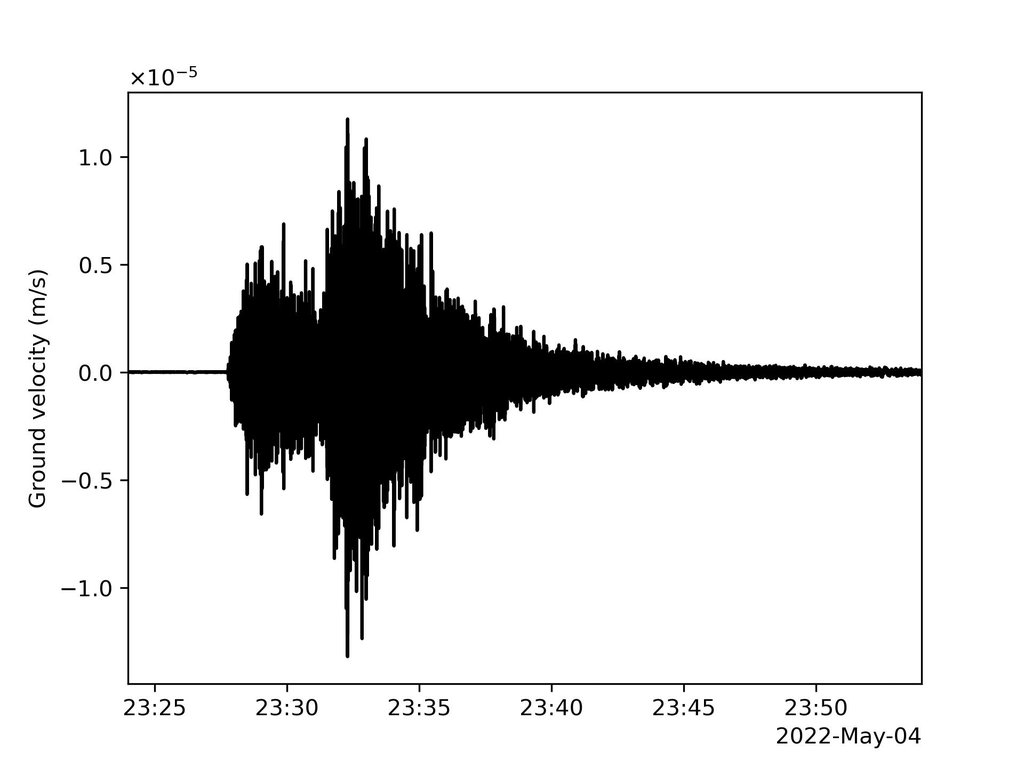 This seismogram shows the largest quake ever detected on another planet. Estimated at magnitude 5, this quake was discovered by NASA's InSight lander on May 4, 2022, the 1,222nd Martian day, or sol, of the mission.

InSight was sent to Mars with a highly sensitive seismometer, provided by France's Centre National d'Études Spatiales (CNES), to study the deep interior of the planet. As seismic waves pass through or reflect off material in Mars' crust, mantle, and core, they change in ways that seismologists can study to determine the depth and composition of these layers. What scientists learn about the structure of Mars can help them better understand the formation of all rocky worlds, including Earth and its Moon.