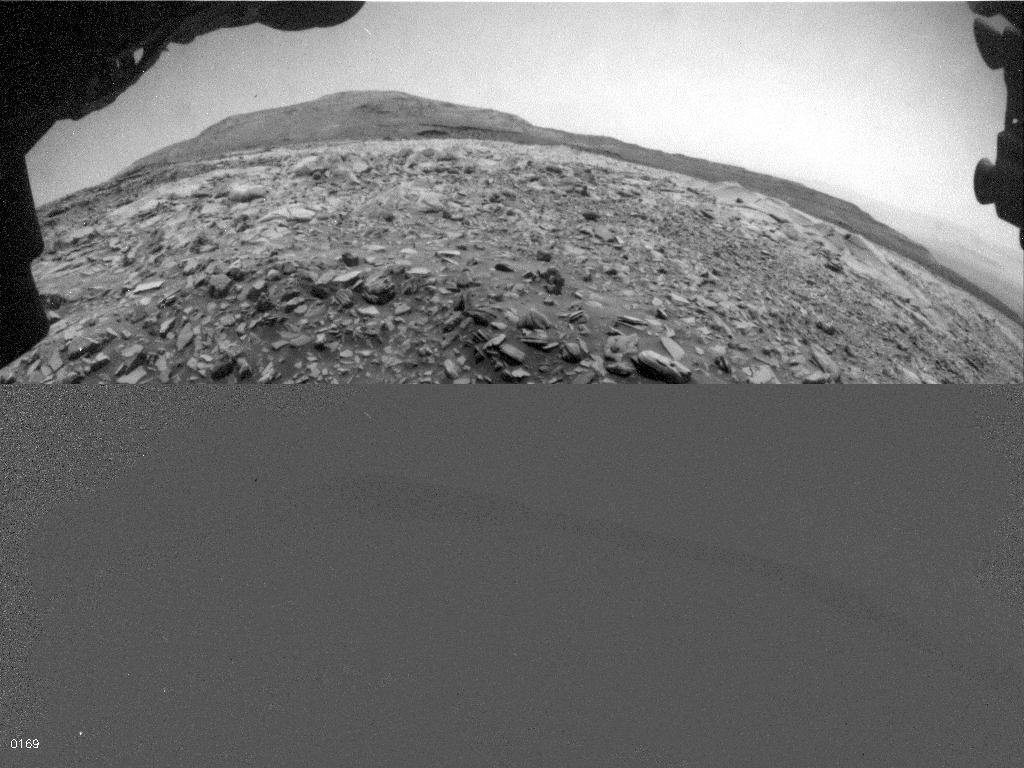 NASA's Curiosity Mars rover used one of its Hazard-Avoidance Cameras (Hazcams) to catch this dusty wind gust blowing overhead on March 18, 2022, the 3,418th Martian day, or sol, of the mission. Scientists believe it's a wind gust rather than a dust devil since it doesn't appear to have the trademark vorticity, or twisting, of a dust devil.

The series of images captured by the Hazcam is viewable in the top image; the bottom image shows the frames after they've been processed by change-detection software, which helps the viewer see how the wind gust moves over time.