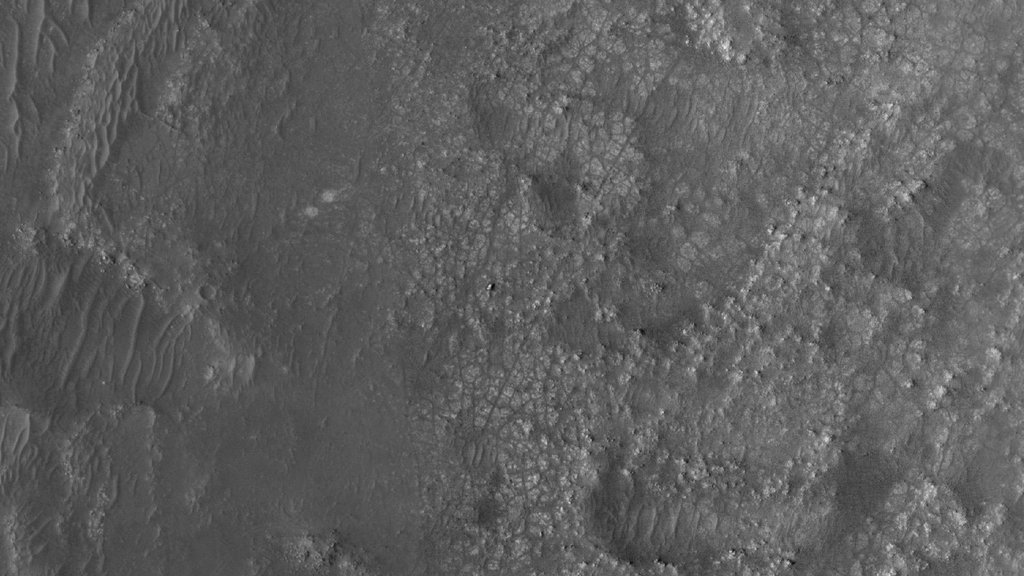 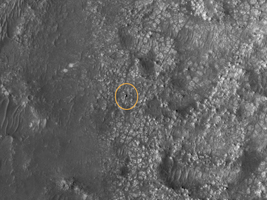 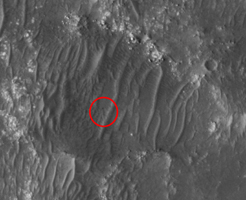 NASA's Perseverance Mars rover and Ingenuity helicopter were spotted on the surface of the Red Planet in this black-and-white image captured Feb. 26, 2022, by the HiRISE camera aboard NASA's Mars Reconnaissance Orbiter.

The rover is viewed here sitting on fractured bedrock of the "Máaz" formation before its long drive to the Jezero Crater's delta. About 656 feet (200 meters) to the left is the Ingenuity helicopter, which is so small that it appears as a mere dot on the landscape.

JPL, which is managed for NASA by Caltech in Pasadena, California, built and manages operations of the Perseverance rover as well as for the Mars Reconnaissance Orbiter Project for NASA's Science Mission Directorate in Washington.

The University of Arizona, in Tucson, operates HiRISE, which was built by Ball Aerospace & Technologies Corp., in Boulder, Colorado.