Perseverance's Route to the Delta 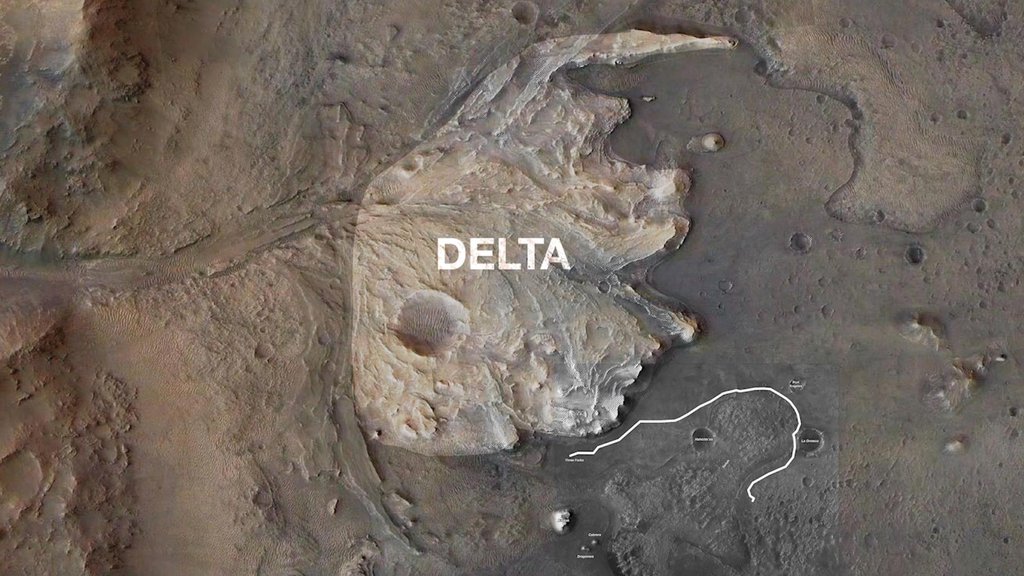 NASA's Perseverance Mars rover will follow the proposed route to Jezero Crater's delta shown in this annotated animated GIF. The delta is one the most important locations the rover will visit as it seeks signs of ancient life on Mars.

This map includes data from the HiRISE camera aboard NASA's Mars Reconnaissance Orbiter.

JPL, which is managed for NASA by Caltech in Pasadena, California, built and manages operations of the Perseverance rover, and leads NASA's Mars Reconnaissance Orbiter. The University of Arizona, in Tucson, operates HiRISE, which was built by Ball Aerospace & Technologies Corp., in Boulder, Colorado.