Perseverance Looks Back at Wheel Tracks 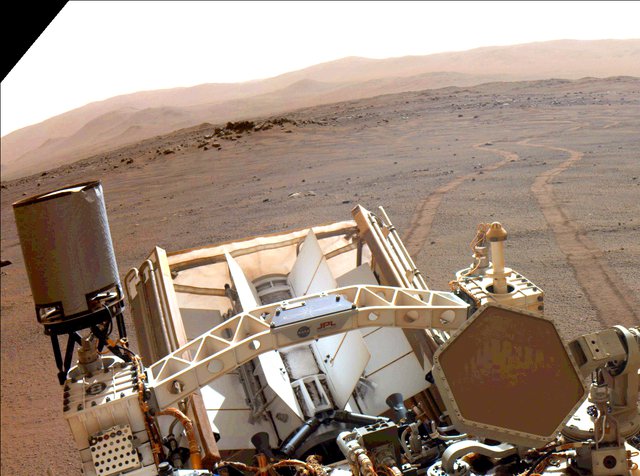 NASA's Perseverance Mars rover looks back at its wheel tracks on March 17, 2022, the 381st Martian day, or sol, of the mission.

Figure 1 shows a cropped version of the same image.