EMIT Put to the Test at JPL 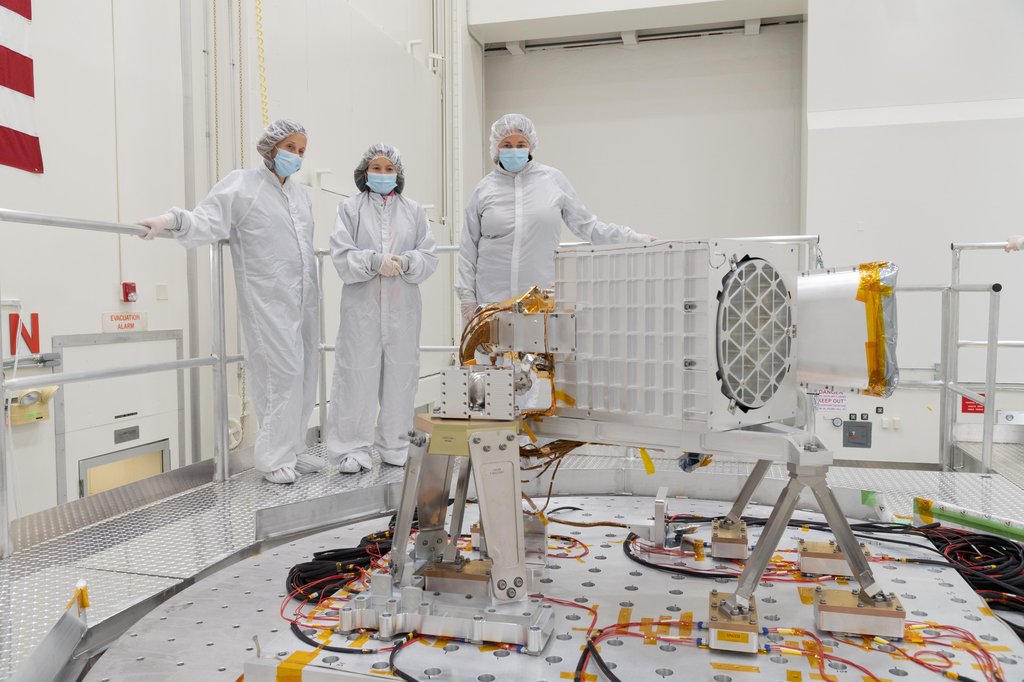 Diane Hope, Charlene Ung, and Cathryn Murray-Wooddell oversee preparations for vibration testing of the Earth Surface Mineral Dust Source Investigation (EMIT) science instrument at NASA's Jet Propulsion Laboratory in Southern California in October 2021. The testing simulates the accelerations and vibrations the instrument will experience during its launch to the International Space Station. Hope is the EMIT mission manager at the NASA Earth System Science Pathfinder Program Office (ESSPPO), Ung is EMIT's project manager at JPL, and Murray-Wooddell is a program analyst from ESSPPO.

EMIT was developed at JPL, which is managed for NASA by Caltech in Pasadena, California. It is set to launch in June 2022 from Kennedy Space Center in Florida to the ISS aboard SpaceX's 25th commercial resupply mission. Once EMIT begins operation, its data will be delivered to the NASA Land Processes Distributed Active Archive Center (DAAC) for use by other researchers and the public.