EMIT Inside SpaceX Falcon 9 Trunk Ahead of Transport 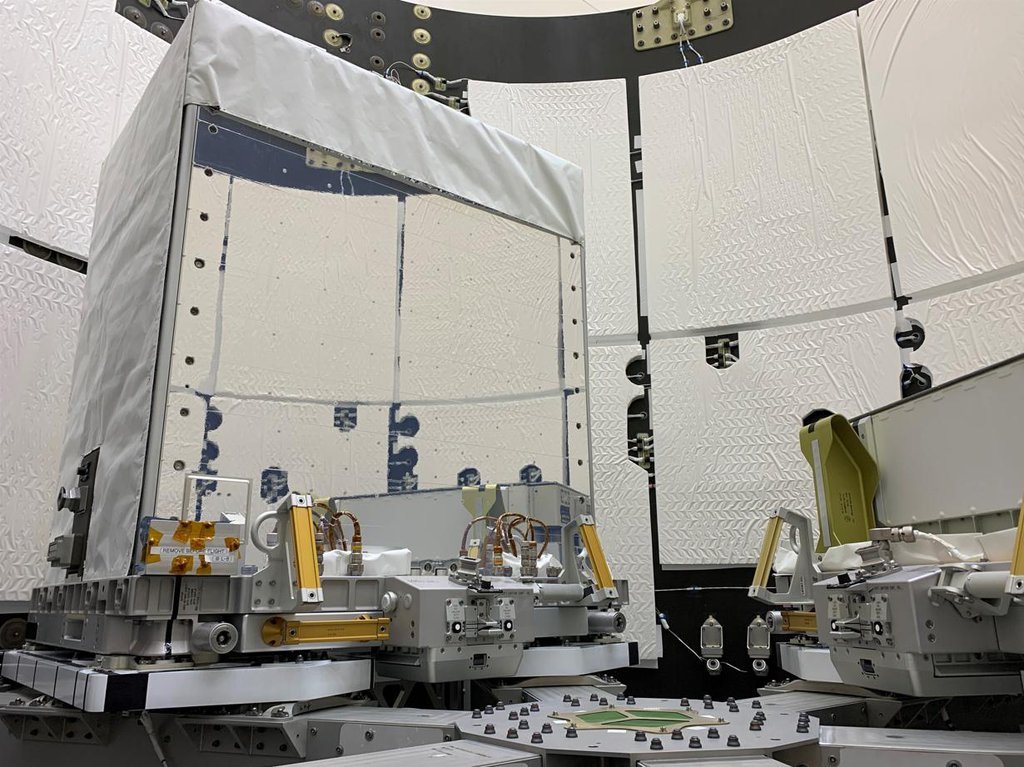 The Earth Surface Mineral Dust Source Investigation (EMIT) mission instrument (left) sits in the "trunk" that will travel aboard SpaceX's 25th cargo resupply mission – planned for June 7, 2022 – to the International Space Station. This image was taken May 3, 2022, at SpaceX's Dragonland facility in Florida. Developed at NASA's Jet Propulsion Laboratory in Southern California and launching from Kennedy Space Center in Florida, EMIT will map the world's mineral-dust sources, gathering information about particle color and composition as it orbits over the planet's dry, sparsely vegetated regions.

After being mounted on the space station, EMIT will collect measurements of 10 important surface minerals – hematite, goethite, illite, vermiculite, calcite, dolomite, montmorillonite, kaolinite, chlorite, and gypsum – in arid regions between 50-degree south and north latitudes in Africa, Asia, North and South America, and Australia. The data EMIT collects will help scientists better understand the role of airborne dust particles in heating and cooling Earth's atmosphere on global and regional scales.

The mirror-like side radiator panels are designed to keep the instrument's interior electronics and optics at a low enough temperature to work optimally. The white covering will prevent the spread of the heat the instrument generates, keeping it from affecting the space station and nearby instruments.

EMIT will be one of two pieces of equipment transported to the space station in the external cargo "trunk" on SpaceX's Falcon 9 rocket. The other (left) is a Battery Charge/Discharge Unit.