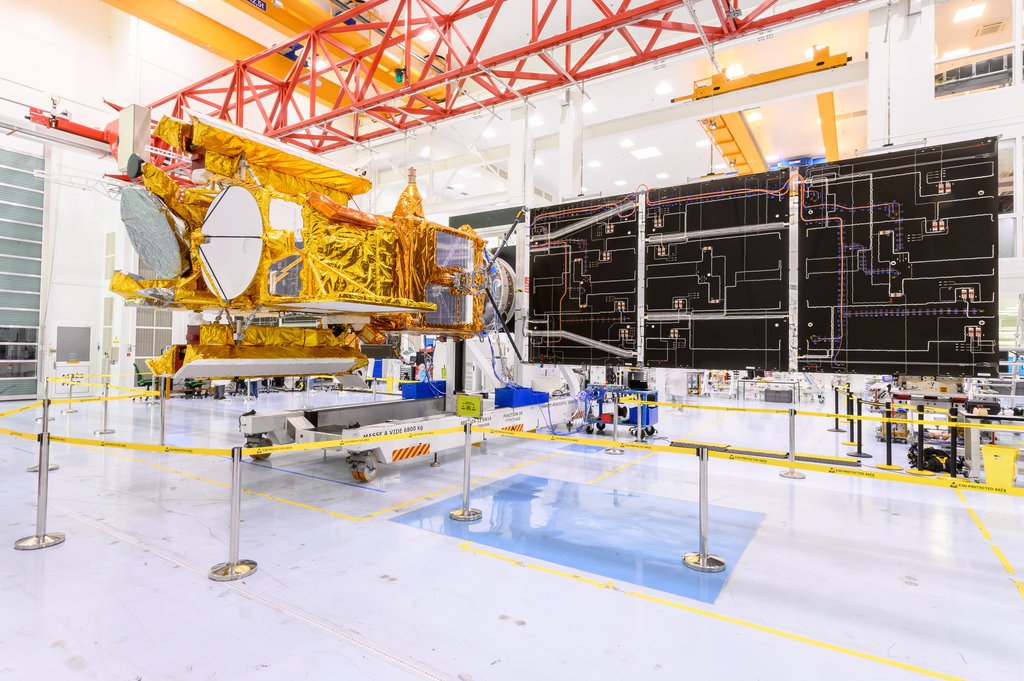 The solar panels on the Surface Water and Ocean Topography (SWOT) satellite unfold as part of a test in January 2022 at a Thales Alenia Space manufacturing facility near Cannes, France. The SWOT mission is being jointly led by NASA and the French space agency Centre National d'Études Spatiales (CNES), with contributions from the Canadian Space Agency and the United Kingdom Space Agency.

Many of SWOT's radar instruments were built at NASA's Jet Propulsion Laboratory in Southern California before being transported to France, where Thales Alenia is assembling the full satellite. Following a series of tests, SWOT will be transported to Vandenberg Space Force Base in Southern California for launch in November 2022. In orbit, SWOT will collect information of unprecedented detail on sea-level height, which will help scientists study the role of ocean currents in moderating climate change, as well as the elevations of fresh water bodies, which will enable researchers for the first time to take inventory of the planet's rivers, lakes, reservoirs, and other surface water.